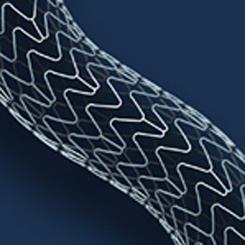 October 31, 2013 — Abbott announced it plans to initiate a randomized, controlled trial in the United States to evaluate the use of dual anti-platelet therapy (DAPT) for a three-month duration following treatment with the company's Xience family of drug eluting stents (DES).
The trial is designed to support regulatory filings to update the product labeling for Abbott's Xience family of DES in the United States, where dual anti-platelet therapy duration is currently recommended for a minimum of 12 months after treatment with a drug eluting stent. Mitch Krucoff, M.D., professor of Medicine and Cardiology, Duke University Medical Center, director, Cardiovascular Devices Unit and director, eECG Core Laboratory, Duke Clinical Research Institute, Durham, N.C., and Roxanna Mehran, M.D., professor of Medicine, Evidence and Health Policy, Icahn School of Medicine and director, Interventional Cardiovascular Research and Clinical Trials, Mount Sinai School of Medicine, New York are the primary investigators for the trial.
"The appropriate duration of DAPT following treatment with a drug eluting stent is one of the most important and highly debated topics among cardiologists," said Krucoff. "Prolonged use of DAPT can be associated with issues such as bleeding complications, patient non-compliance and increased cost, and it is not clear that it is associated with a marked safety benefit. Abbott's leadership in embarking on this clinical trial is an important step in addressing a key question about optimizing therapy with drug eluting stents."
The trial will randomize more than 4,000 patients to either a three-month or a 12-month DAPT regimen following implantation with a Xience drug eluting stent. Patients will be blinded to which regimen they are taking. The primary endpoint of the trial will be the difference in the rate of major adverse cerebral and cardiovascular events (MACCE).
"Patients often struggle with taking blood thinners for a year or more following implantation of their stent," said Mehran. "This randomized trial will provide the highest level of clinical evidence to inform physicians about the appropriate duration of dual anti-platelet therapy for patients in the U.S. treated with the Xience family of drug eluting stents."
Xience Xpedition is available in the United States, Japan, Europe, the Middle East and parts of Asia. Xience Prime and Xience V are available in countries throughout the world.
For more information: www.abbott.com