Results from the IDEAL-LM Study reported at TCT 2019 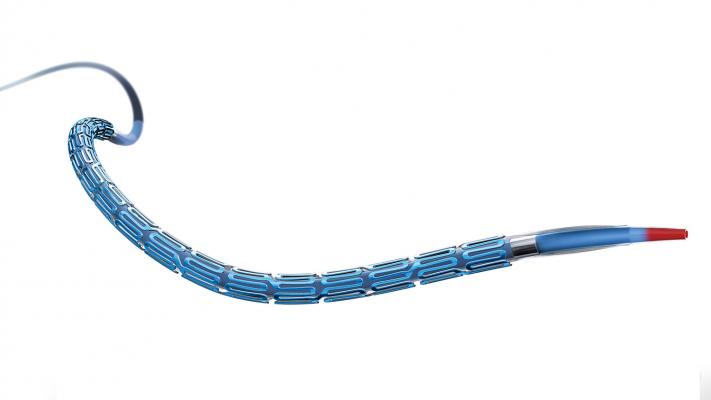 Continuous improvements in stent technology make PCI a potential alternative to surgery in selected patients with uLMCA disease. The optimal duration of DAPT in these patients after PCI remains undetermined and new stent designs using a bioabsorbable polymer may allow a shorter duration of DAPT.

IDEAL-LM is a prospective, randomized, multicenter study conducted at 29 sites in five countries. Between December 2014 and September 2016, a total of 818 patients were randomized 1:1 to BP-EES or to DP-EES. Procedural success was 99.9 percent, predominantly using single-stent techniques (79.6 percent). DAPT was stopped at four months in the BP-EES arm but continued for 12 months after PCI in the DP-EES arm. The primary endpoint assessment was a non-inferiority comparison of major adverse cardiovascular events (MACE) rate, including death from any cause, myocardial infarction or ischemia-driven target vessel revascularization (TVR) at two years after the procedure. Key secondary endpoints included ischemic and bleeding events.

The primary endpoint of non-inferiority for MACE at 24 months was met with 14.6 percent in the BP-EES group (n=403) compared to 11.4 percent in the DP-EES (n=396) group (p= 0.17). There were no differences in ischemic events, including no difference in stent thrombosis, between four and 12 months when the antiplatelet therapy was reduced in the BP-EES arm. However, this strategy did not result in a reduction of BARC 3 or 5 bleeding in the short DAPT group, with low-bleeding occurring in both study arms (2.7 percent for BP-EES versus 0.5 percent for DP-EES, p=0.02).

“IDEAL-LM confirms the excellent outcomes of current angioplasty techniques in patients with left main coronary artery disease,” said Prof. Robert-Jan Van Geuns, M.D., Ph.D., an interventional cardiologist at RadboudUMC, Nijmegen, The Netherlands and co-principal investigator of the study. “In addition, short DAPT is an option after angioplasty for left main disease with the latest DES design.”

Prof. Keith G. Oldroyd of the Golden Jubilee National Hospital, the other co-principal investigator, commented that the somewhat surprising data on bleeding was likely due to the use of oral anticoagulation in some of the patients who bled and pointed out that the trial was not powered for bleeding events.