How Much CT Dose Did I Receive…Anyone?

With increasing concern about radiation dose levels in radiology, I wanted to share my personal opinion on the subject based on my observations in the industry and first-hand experience as a patient.

I recently had two computed tomography (CT) scans performed and having covered the subject of CT dose numerous times, I was curious to see what levels of ionizing radiation I received. I asked for copies of my datasets and the radiology reports and was surprised that the settings to record dose were not turned on. The scanner failed to record the dose length product (DLP) or the CT dose index (CTDI) volume on the DICOM header, which can be used to estimate the millisievert (mSv) dose of the exam.

I don’t believe there is currently any legal requirement to record this information in Illinois, where I had my scan, or anywhere else for that matter. California will become the first state to require the recording of dose this summer, when a new state law goes into effect July 1. There is expectation in the industry this will be the first of many requirements to better monitor medical imaging radiation dose.

My scans were performed to evaluate lower abdominal pain, which turned out to be a urinary tract infection with an odd presentation, being centered in the left ductus deferens. To rule out something more serious in the emergency department (ED), I had a contrast/delayed scan, followed by a non-contrast exam the following day. The contrast scans on a brand-new 64-slice scanner had no dose record. A non-contrast scan I had the following day on another machine at the same hospital did capture my DLP, which I calculated into an estimated dose of 9.5 mSv. The images from my contrast scan were better quality, mainly due to the contrast injection. But I wonder whether the better image quality may also have been due to the technologist turning up the dial to produce better quality pictures. I will never know.

Exposure to radiation is something the public takes quite seriously. But most people have no idea how the radiology world works and are unaware of the actual exposure levels for exams they receive. Even if the dose were recorded, most patients probably would have no idea where to look for that information or how to calculate dose from the cryptic numbers and acronyms on their scans. (This would also be contingent upon the patient being provided a CD containing a DICOM viewer, which does not always work on a patient’s personal computer.)

While it is understandable that the public does not know how to convert these numbers into the estimated dose received, I wonder whether many in the industry are in the same boat. While editing a recent comparison chart for Imaging Technology News (ITN), I was shocked to find none of the major CT manufacturers in the United States answered the following question: “What is the conversion factor used and cited for conversion from DLP to mSv.” This factor is important because it enables a person to look at a CT scan and immediately figure the estimated dose the patient received. I don't know why no one provided this information, because to me it seems important for potential customers to know. It makes me wonder whether this information is being communicated effectively in the field. If operators understand why DLP and the conversion factor are important, they might be more inclined to make sure that the DLP capture is on when CT scans are done.

My life-time cumulative dose is low, so I look at my scans mainly from an academic standpoint. However, my concern would be much higher if I had a chronic condition or combination of ailments requiring numerous or repeated CT scans.

With the major trend in radiology today being to make scans as low as reasonably achievable (ALARA), I believe more care should be taken to document dose. There is a good chance this will be required in the future. The American College of Radiology (ACR) started its Dose Index Registry (DIR) more than a year ago and now has more than 1 million scans. Data collected from the DIR will be used to establish national benchmarks for CT dose indices to help ensure that patients receive safe, quality imaging.  However, in order to know where a facility stands in meeting or falling short of these benchmarks, they must first record the doses they are using. 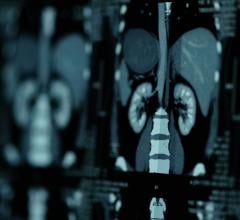 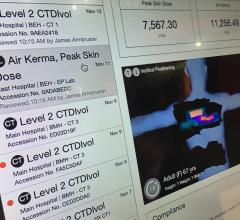 Feature | Radiation Dose Management | November 04, 2020 | Dave Fornell, Editor
Medical Imaging Radiation Levels in U.S. Dropped Over Past Decade
More than a decade ago, there was an alarming, rapid rise in ionizing radiation exposure in the U.S.
read more 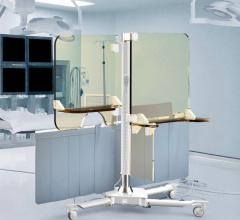 The Rampart iC radiation protection shield for interventional cardiologists in the cath lab. 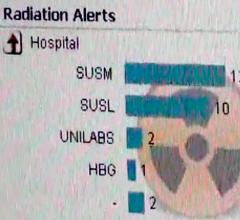 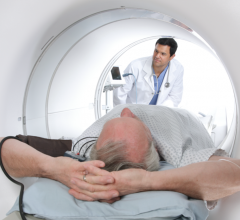 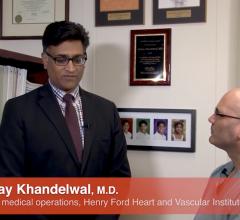 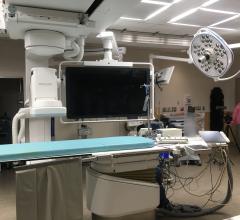 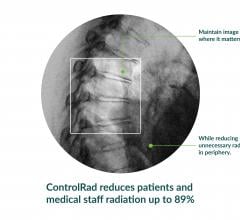 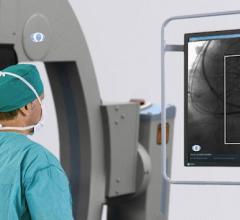 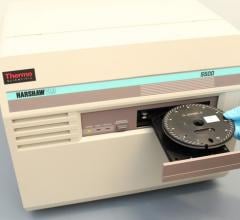