New Analysis of Data Presented at AHA: Prasugrel’s Effect on Cardiovascular Events in STEMI Patients According to Timing of PCI 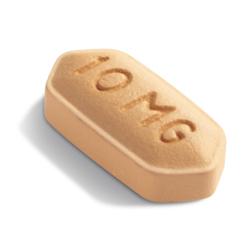 "Not all ST-elevation MI patients are treated with primary PCI; therefore, understanding the effects of more potent inhibition of platelets in ACS patients who are treated with primary PCI or those treated with delayed PCI is important for choosing antiplatelet therapies," said lead author Jacob A. Udell, M.D., MPH, clinical fellow, cardiovascular medicine, Brigham & Women's Hospital. "These data demonstrate that efficacy and bleeding rates for Effient are consistent with the overall TRITON-TIMI 38 trial results irrespective of when STEMI patients undergo intended PCI."

In the study, primary PCI was defined as PCI within 12 hours from onset of acute coronary syndrome (ACS) symptoms and secondary PCI was defined as PCI more than 12 hours after initial onset or initial medical therapy. Of the 3,534 STEMI patients from the TRITON-TIMI 38 trial who were included in this analysis, 2,340 (68 percent) underwent primary PCI and 1,085 underwent secondary PCI. Randomization to Effient or clopidogrel occurred at presentation if primary PCI was intended or at the time of secondary PCI. The primary endpoint of the analysis was a reduction in the composite of CV death, MI and stroke.

The primary endpoint of the study was the combined incidence of cardiovascular death, non-fatal heart attack or non-fatal stroke in patients followed for six to 15 months following PCI. The study showed that treatment with Effient produced a statistically significant 18 percent reduction in the relative risk of the combined measure of cardiovascular death, nonfatal heart attack or nonfatal stroke compared with Plavix in people with chest pain at rest or milder heart attacks (unstable angina/ non-ST segment myocardial infarction) (9.3 vs. 11.2 percent respectively, p=0.002) and a 21 percent significant reduction in the combined endpoint in people with more severe heart attacks (ST elevation myocardial infarction) (9.8 vs. 12.2 percent respectively, p=0.019).(3) This corresponds to a 1.9 percent absolute risk reduction for UA/NSTEMI patients treated with Effient and a 2.4 percent absolute risk reduction for STEMI patients treated with Effient.(2) TRITON-TIMI 38 patients treated with Effient also experienced a 50 percent relative risk reduction (corresponding to 1.3 percent absolute risk reduction) in stent-related clots when compared with Plavix, regardless of stent type (1.1 percent vs. 2.4 percent respectively, p<0.001).(2) In TRITON, the risk of non-coronary artery bypass graft (non-CABG) major bleeding, including fatal bleeding, was higher with Effient (2.2 percent incidence) compared with Plavix (1.7 percent incidence) (p=0.029).(2) The rate of TIMI major or minor bleeding was significantly greater with Effient than Plavix (5.0 percent vs. 3.8 percent respectively, p=0.002). The risk of coronary artery bypass graft (CABG) major bleeding, including fatal bleeding, was higher with Effient (13.4 percent incidence) than Plavix (3.2 percent incidence) (p<0.001).(2) In TRITON-TIMI 38, the LD of Plavix was delayed relative to the placebo-controlled trials that supported its approval for ACS.

Compared with the overall study population, a higher risk of serious bleeding among Effient patients was most evident in three distinct patient populations that are readily identifiable: patients who weighed less than 132 pounds (60 kg), patients who were 75 years of age or older and patients who have had a prior transient ischemic attack (TIA) or stroke.(3) A 5 mg maintenance dose may be considered for patients who weigh less than 132 lbs.(3) Effient is generally not recommended for use in patients 75 years or older,(3) except in high risk patients (diabetes or prior MI), where its effects appears to be greater and its use may be considered.(3) Patients with prior TIA or stroke should not be treated with Effient.(3)

(1) Udell JA et al. Benefit of Prasugrel in ST-elevation Myocardial Infarction According to Timing of Percutaneous Coronary Intervention: Insights from the TRITON-TIMI 38 Study. To be presented at the American Heart Association Scientific Sessions; November 2011; Orlando FL.