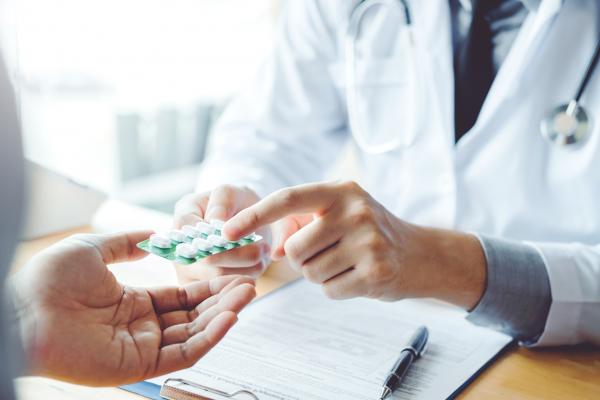 November 16, 2020 — Novartis announced results from two pooled post-hoc analyses of Phase III ORION-9, -10 and -11 trials, evaluating the impact of age and gender on the efficacy and safety of inclisiran, an investigational and potential first-in-class small interfering RNA (siRNA) for hyperlipidemia in adults with atherosclerotic cardiovascular disease (ASCVD) or heterozygous familial hypercholesterolemia (HeFH). The data showed that at month 17, inclisiran was well-tolerated and provided effective and sustained reduction in low-density lipoprotein cholesterol (LDL-C) when used in addition to other lipid-lowering therapies regardless of patients’ age and gender.[1,2] During the trials, inclisiran was administered at months 1, 3 and then every 6 months up to month 17.

The results were presented at the virtual American Heart Association (AHA) Scientific Sessions 2020.

“High LDL-C and other risk factors for ASCVD, as well as the potential for treatment side effects, may increase with age and differ by gender,” said Kausik Ray, M.D., ORION-11 trial principal investigator, professor of public health at Imperial College London and honorary consultant cardiologist at the Imperial College NHS Trust. “These data are important as they show that inclisiran, as a siRNA, has the potential to provide consistent efficacy and tolerability despite the cholesterol-lowering treatment challenges posed by age and gender with two doses a year after the initial dosing regimen on day 1 and month 3.”

In post-hoc analyses of the pooled results from the ORION Phase III trials in more than 3,600 patients, treatment with inclisiran delivered similar LDL-C reductions of approximately 51% from baseline for both women and men (50.6% vs. 50.6%, respectively) compared to placebo1. Results from a second pooled analysis showed that inclisiran-treated patients in three age categories all achieved similar LDL-C reductions of approximately 51% (−51.3% <65 years; −49.9% ≥65 years to <75 years; −51% ≥75 years).[2] In both analyses, inclisiran was well-tolerated.[1,2]

“Whether you look at it from an age or a gender perspective, inclisiran analyses continue to show consistency with effective and sustained LDL-C reduction lasting over the dosing interval,” said David Soergel, M.D., global head of cardiovascular, renal and metabolic drug development, Novartis. “As we move forward in our journey to reimagine treatment for ASCVD, these data analyses reinforce the potential of inclisiran as a first-in-class siRNA treatment to transform LDL-C management with two doses a year, following the initial dose and another dose at three months, and a positive tolerability profile.”

On Oct. 16, 2020, the Committee for Medicinal Products for Human Use of the European Medicines Agency adopted a positive opinion and recommended granting marketing authorization for inclisiran. Novartis is anticipating a final regulatory decision in Europe in December 2020 and is under review by the U.S. Food and Drug Administration ()FDA).

About the pooled post-hoc analyses from Phase III ORION-9, -10 and -11 trials: age and gender

The pooled analyses include data from inclisiran’s ORION-9, -10 and -11 trials, which were multicenter, double-blind, randomized, placebo-controlled,18-month studies evaluating inclisiran in patients with HeFH (ORION-9), ASCVD (ORION-10) and ASCVD or ASCVD risk equivalents (ORION-11) on statin therapy who required additional LDL-C lowering. The primary endpoints for these studies were percentage change in LDL-C from baseline to 17 months and time-adjusted percentage change in LDL-C from baseline between 3 months and up to 18 months. The primary endpoints were achieved in all three studies.[5-7]

The pooled analyses assessed inclisiran’s efficacy for lowering LDL-C, as well as safety and tolerability, across age ranges and by gender.[1,2]

About the Phase III ORION-9, -10 and -11 Clinical Trials for Inclisiran

In the Phase III trials, inclisiran was reported to be well-tolerated with a safety profile shown to be comparable to placebo. The most common adverse reactions reported (≥3% of patients treated with inclisiran and occurring more frequently than placebo) were injection site reaction, arthralgia, urinary tract infection, diarrhea, bronchitis, pain in extremity and dyspnea. Adverse events at the injection site were generally mild and none were severe or persistent.[6,7]

Inclisiran (KJX839), an investigational cholesterol-lowering treatment, was added to the Novartis pipeline through acquisition of The Medicines Company. If approved in the US, inclisiran will be the first and only small interfering RNA (siRNA), pioneering a new class of therapies that works differently from any other currently approved cholesterol treatment.[8] It is intended to be administered by a healthcare professional by subcutaneous injection with an initial dose, again at three months and then every six months thereafter. Its twice-yearly dosing by subcutaneous injection may integrate seamlessly into a patient’s healthcare routine. As a siRNA, inclisiran is designed to harness the body’s natural process of removing LDL-C from the bloodstream.[9,10] Inclisiran is a double-stranded siRNA joined to a sugar-like molecule (GalNAc) that targets and enables specific liver cells to absorb it9,10. Once inside these liver cells, inclisiran silences the production of the PCSK9 protein and thereby increases the number of LDL-C receptors on the surface of the cells.[9,10] With more LDL-C receptors on their surface, the liver cells are better able to remove LDL-C from the bloodstream.[9,10]

Novartis has obtained global rights to develop, manufacture and commercialize inclisiran under a license and collaboration agreement with Alnylam Pharmaceuticals.

10. Kosmas CE, Muñoz Estrella A, Sourlas A, et al. Inclisiran: a new promising agent in the management of hypercholesterolemia. Diseases. 2018;6(3):63.

VIDEO: The Impact of COVID-19 on Heart Attack Patients