Two-year results from the LEADERS FREE Trial presented at TCT 2016, published in JACC 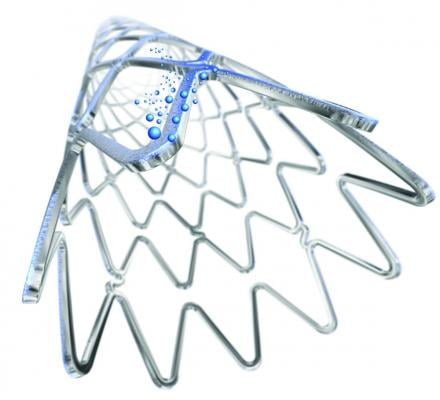 Findings were reported at the 28th annual Transcatheter Cardiovascular Therapeutics (TCT) scientific symposium. The study was also simultaneously published in The Journal of the American College of Cardiology (JACC).

Patients with a high bleeding risk (HBR) comprise approximately 20% of patients treated by PCI, yet they are usually excluded from trials of devices and antithrombotic drug regimen. Current recommendations for high-risk patients are one month of DAPT after BMS implantation and a “shortened” DAPT regimen after DES (however, usually a minimum 3-6 months). LEADERS FREE examined the use of one month of DAPT for both types of stents, specifically studying the Biosensors’ BioFreedom DCS, which releases biolimus A9 into the vessel wall over a period of four weeks without the use of a polymer to aid drug delivery.

“The two-year results from the LEADERS FREE trial clearly show that the use of a polymer free biolimus A-9 coated stent was both significantly safer and more effective than a bare-metal stent for patients at high risk of bleeding treated with a one-month course of DAPT,” said lead investigator, Philip M. Urban, M.D., director of invasive cardiology at La Tour Hospital in Geneva, Switzerland. “These patients suffer from a persistently high incidence of bleeding and coronary thrombotic events, both of which are associated with a high and similar mortality over a one-year period. Therefore, identification of predictors of both the composite primary safety event and major bleeding may help design future trials of DAPT duration for this population.”

The prospective double-blind randomized study enrolled 2,466 patients with high bleeding risk during PCI from 68 centers in Europe, Asia and Canada. Patients were randomized (1:1) to receive a DCS (N=1,221) or BMS (N=1,211). The primary safety endpoint was a composite of cardiac death, myocardial infarction (MI), or stent thrombosis (ST). The primary efficacy endpoint was clinically driven target-lesion revascularization (cd-TLR). The one year results were presented at last year’s TCT meeting, and demonstrated superior safety and efficacy of DCS at one year.

Read about the one-year results from the LEADERS FREE Trial.