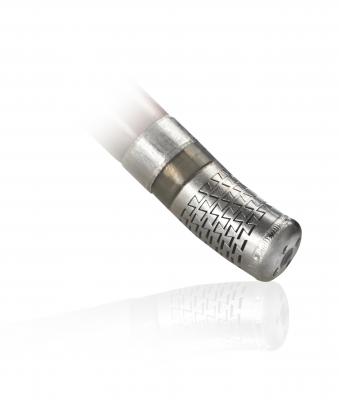 July 30, 2014 — St. Jude Medical announced CE mark approval and first use of the FlexAbility ablation catheter, a novel ablation technology used by electrophysiologists (EPs) for the treatment of cardiac arrhythmias. Designed with feedback from physicians around the world, the FlexAbility catheter combines a unique, irrigated flexible catheter tip with a state-of-the-art handle and catheter design. The next-generation flexible tip technology was designed to reduce complications associated with ablation procedures through its ability to bend and conform to the cardiac anatomy, decreasing the amount of pressure distributed to a patient’s heart wall while simultaneously increasing the stability of therapy delivery.

“The goal of the FlexAbility catheter was to bring the most advanced irrigated ablation solution to the electrophysiology market,” said Eric S. Fain, M.D., group president at St. Jude Medical. “Because we worked with industry thought leaders throughout the development of this technology, we are confident that its completely redesigned handle and shaft, along with its unique flexible tip, will become a leading ablation technology that addresses the broad needs of EPs across the wide spectrum of patient anatomies.”

Worldwide, an estimated 34 million individuals have atrial fibrillation (AF), the most common type of arrhythmia. The FlexAbility catheter features an innovative handle and shaft that allows for improved maneuverability, enabling EPs to reach challenging anatomic locations within their patients. The technology was designed to provide optimal irrigation flow over the entire tip for improved cooling, reducing risk factors associated with the delivery of therapy. The first cases that used the FlexAbility catheter post-approval took place at IdealMed Unidade Hospitalar de Coimbra in Coimbra, Portugal, by Dr. Andrea Natale and at the Hôpital Haut-Lévèque in Bordeaux, France, by Dr. Nicolas Derval.

“The FlexAbility catheter brings technical and functional advancements to the electrophysiology lab through its unique catheter tip and excellent handling capabilities,” said Natale. “The catheter tip allows for effective lesion formation with potentially fewer risks, representing an important option for EPs that are looking to broaden their ability to treat arrhythmias with increased confidence.”

Data that are produced by the FlexAbility ablation catheter are displayed on the EnSite Velocity system, a cardiac mapping and navigation system. Once FlexAbility catheters are inserted in the cardiac chamber, the EnSite system records electrical information from the heart and displays it in a 3-D anatomical model. The highly detailed anatomical models, or maps, enable physicians to diagnose and guide treatment for abnormal heart rhythms.

The FlexAbility ablation catheter is an investigational device in the United States.