Study Finds Sustained Benefit for TAVR vs. SAVR at One Year 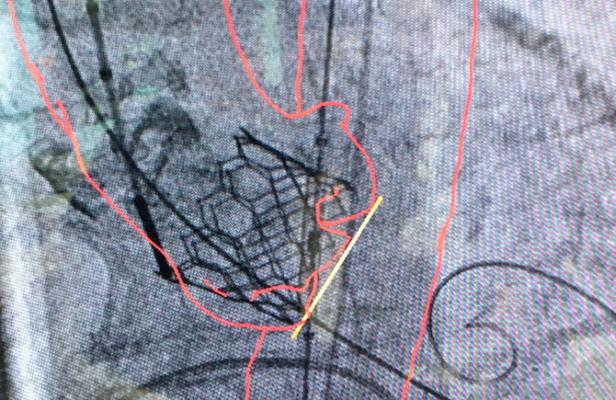 A Sapien 3 TAVR valve in position as seen under GE Assist guidance on angiography.

October 4, 2019 – A new analysis of the PARTNER 3 Trial data found a modest, but significant, improvement in one-year disease-specific quality of life after transcatheter aortic valve replacement (TAVR) compared with surgical aortic valve replacement (SAVR) in low-risk patients with severe aortic stenosis (AS). Findings were reported at the 2019 Transcatheter Cardiovascular Therapeutics (TCT) scientific symposium. The results were also published simultaneously in the Journal of the American College of Cardiology.[1]

The randomized PARTNER 3 trial demonstrated that TAVR with the Sapien 3 valve resulted in lower rates of death, and re-hospitalization at one year compared with SAVR in patients with severe AS at low surgical risk. However, the effect of treatment strategy on early and late health-related quality of life in this population is unknown.

“This is the first randomized trial to demonstrate a persistent, albeit modest, disease-specific health status advantage with TAVR at six and 12 months – time points at which patients are assumed to have recovered fully from surgery,” said Suzanne J. Baron, M.D., MSc, director of interventional cardiology research at Lahey Hospital and Medical Center in Burlington, Mass. “Further studies are needed to evaluate the durability of health status benefits with TAVR compared with SAVR beyond one year in this low-risk population.”

The researchers compared health status at one, six and 12 months in low risk patients with severe AS treated with either TAVR or SAVR in the PARTNER 3 trial. The analysis found that over the one-year follow-up period, treatment with either TAVR or SAVR resulted in substantial improvements in both disease-specific and generic health status compared with baseline, despite most patients having only NYHA Class I or II symptoms at baseline. Consistent with previous studies of transfemoral TAVR, TAVR was associated with significantly better health status than SAVR at one month on all scales (mean difference in KCCQ-OS 16.0 points; p<0.001). However, in contrast to prior studies, the researchers observed a persistent, although attenuated, benefit of TAVR over SAVR in disease-specific health status at six and 12 months (mean difference in KCCQ-OS 2.6 and 1.8 points respectively; p<0.04 for both).

In analyses that incorporated both survival and change in health status together, TAVR also demonstrated a significant health status benefit compared with SAVR at all time points (p<0.05).

Exploratory analyses demonstrated that the late health status benefits seen with TAVR were driven by a difference in the proportion of patients who experienced a large (i.e., ≥20 point) improvement in the KCCQ score. These benefits may be explained, in part, by differential rates of post-procedural complications between TAVR and SAVR.