Both active and passive connectivity associated with significant improvement in patient-reported perceptions of overall health, disease outlook and emotional well-being 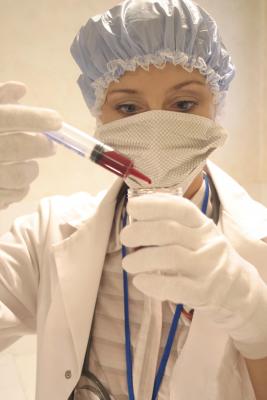 August 7, 2018 — Akcea Therapeutics Inc., an affiliate of Ionis Pharmaceuticals Inc., announced the publication of results from the first-ever study demonstrating the benefits of patient-to-patient connectivity in the management of familial chylomicronemia syndrome (FCS). FCS is a rare, potentially life-threatening disease with multiple severe, daily and chronic manifestations that affect one’s ability to work and engage in activities of everyday living. Results from the CONNECT study, which surveyed both FCS patients and their caregivers, were published in July in Expert Opinion on Orphan Drugs.

FCS is an ultra-rare disease caused by impaired function of the enzyme lipoprotein lipase (LPL) and characterized by severe hypertriglyceridemia (>880mg/dL) and a risk of unpredictable and potentially fatal acute pancreatitis. Because of limited LPL function, people with FCS cannot breakdown chylomicrons, lipoprotein particles that are 90 percent triglycerides. In addition to pancreatitis, FCS patients are at risk of chronic complications due to permanent organ damage. They can experience daily symptoms including abdominal pain, generalized fatigue and impaired cognitions that affect their ability to work. People with FCS also report major emotional and psychosocial effects including anxiety, social withdrawal, depression and brain fog. There is no effective therapy for FCS currently available.

“FCS has been a significant challenge for me and my family. I have been to the hospital more than 100 times for pancreatitis and had to go on permanent disability. I did not realize that facing these challenges alone was making the burden much more difficult,” said Mark Childers. “I felt like giving up, but then I attended my first meeting where I met other people living with FCS. I immediately felt more empowered and better able to manage and cope with the physical and emotional symptoms of FCS. That first meeting turned me into an advocate in the effort to help others and I now connect with other people living with FCS as often as I can.”

“Like many rare diseases, FCS is associated with feelings of isolation and lack of support that can be devastating. We have had the privilege of hearing from many patients and caregivers about the significant benefits that connectivity can provide,” said Alan Gilstrap, executive director, advocacy and policy at Akcea. “We planned this study to learn more about the experience of living with FCS, but we also hope that these results will inspire more patients and caregivers to take steps to connect with others to share information and offer support either in person or online.”

In the CONNECT study, FCS patients and caregivers in the United States and Canada were asked to respond to a series of questions to highlight their level of connectivity with FCS-focused organizations and the perceived benefits that these associations provide. A total of 50 respondents self-identified as either actively or passively connected or not connected to any patient group. Respondents were asked to compare different measures of quality of life before and after connecting with an FCS support organization.

Patients who reported some level of connection to FCS support organizations overall showed a marked improvement in perceptions of their overall health, disease outlook and emotional well-being compared to the period before making these connections. After connecting with patient support organizations, respondents reported that they were more likely to take steps to manage their health. Patients who were actively connected (regularly taking part in ongoing conversations with one or more groups) were three times as likely to report “high” or “extremely high” motivation in managing their health. As levels of connection increase, patients are also more likely to report higher levels of satisfaction with their primary treating physician.

“In many serious illnesses, especially many rare diseases, feelings of isolation and lack of support can affect a patient’s ability and willingness to take steps to manage their health and comply with treatment,” said David J. Davidson, M.D., a clinical lipidologist at NorthShore Medical Group in Bannockburn, Ill. “These new findings reinforce that efforts to help patients connect with other patients should be considered a vital and beneficial factor in the treatment of FCS.”

It is estimated that there are between 3,000 to 5,000 people living with FCS worldwide. Due to its rarity and the variability in terminology used by physicians to refer to FCS in the past, it is underdiagnosed and many patients, caregivers and FCS advocates have not had the opportunity to meet others living with this disease. In March 2018, Akcea sponsored the Connection Summit, the first-ever global meeting of leaders from the FCS patient advocacy community from around the world. Meeting participants announced plans for the first global FCS Awareness Day to be held the first Friday in November each year beginning in 2018.

A full list of organizations supporting the FCS community worldwide can be found here.