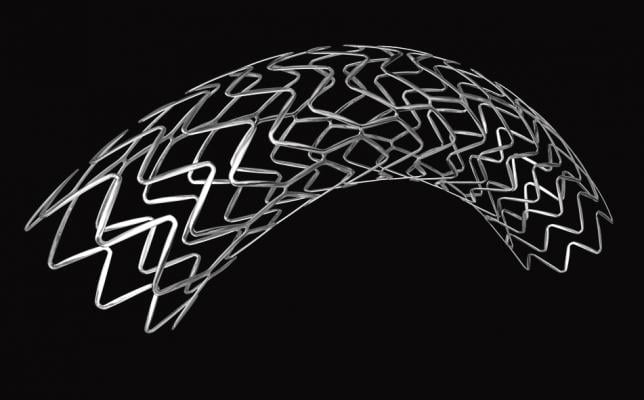 “At 18 months post-percutaneous coronary intervention (PCI), the TIDES-ACS results reveal that the Optimax nitride-oxide coated stent is superior in patients with acute coronary syndrome compared to one of the top drug-eluting stents used in current interventional cardiology,” stated Karjalainen.

These results follow the previously reported 12-month primary endpoint results, where MACE occurred in 6.3 percent of patients receiving TiNO-coated stents, versus 7 percent of those receiving EES (p for non-inferiority <0.001).

“When considering the cumulative incidence of safety events, the Optimax stent displayed a 4.1 percent difference compared to Synergy, a significant advantage for patients treated with TiNO-coated stents,” said Karjalainen.

In conclusion, for patients presenting with ACS, cobalt-chromium-based TiNO-coated stents were superior to platinum-chromium-based bioabsorbable polymer EES for the primary composite of safety outcome at 18-month follow-up without compromising the TLR rate (p=0.26 NS).

“[The] TIDES-ACS trial is the first adequately powered head-to-head randomized comparison of contemporary bioactive stent technology with cutting-edge DES technology, in the setting of ACS. It provided sound evidence of superiority of the former, compared with the latter, for the composite of hard safety endpoints.” said Karjalainen, the principal investigator of this study.

“Based on this solid premise, we can advocate the use of [the] TiNO-coated BioActive Stent (BAS) as a worthwhile alternative to DES in ACS. It is our aspiration that stents based on this bioactive technology will be embraced by the upcoming Practice Guideline committees, as a viable and valid option for PCI in ACS patients." he added.