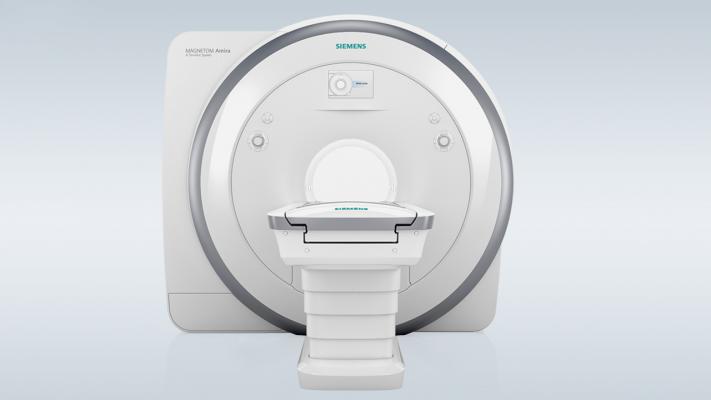 December 10, 2014 — Siemens Healthcare plans to expand its portfolio of magnetic resonance imaging (MRI) systems to include the Magnetom Amira 1.5 Tesla system, which the company introduced at RSNA 2014. The system is pending FDA 510(k) clearance.

Created with the same technologies that are available on Siemens’ flagship MRI systems, Magnetom Amira is designed to be distinguished by its low operating costs. One reason is the new Eco-Power technology, which enables significant power savings in standby mode. Magnetom Amira is intended to meet the requirements of radiology practices, small and medium-sized hospitals and larger facilities that are interested in a scanner to complement their existing systems.

MAGNETOM Amira is designed to enable customers to operate their MRI systems efficiently, with the potential to shorten many exams and enable many patients to undergo scans in routine applications. Siemens offers a comprehensive package of protocols for Magnetom Amira that is optimized for rapid examinations while maintaining high image quality. In addition, Magnetom Amira is planned to be released with DotGO – Siemens’ latest generation of MRI examination software – to simplify protocol management and offer the right operating sequence for each individual scan to suit requirements. This software is intended to help increase exam consistency, reproducibility and efficiency.

Overall operating costs play a key role in using a scanner economically. Magnetom Amira is designed be the first Siemens MRI scanner to possess Eco-Power technology, which monitors and controls magnet-cooling helium. Activated during standby mode, it monitors the liquefaction cycle and manages the cooling and helium re-liquefaction process more efficiently, potentially enabling a power saving of up to 30 percent in standby mode. In combination with such features as the Zero Helium Boil-Off technology, which prevents helium evaporation, Siemens says the Magnetom Amira can help reduce annual operating costs considerably compared to Siemens’ Magnetom Symphony generation of MRI systems.

To enable high diagnostic reliability and patient comfort, Magnetom Amira is equipped with Siemens’ latest applications and syngo MR E11 software architecture. Hospitals that operate a Magnetom Amira with its 60 cm patient bore alongside other Siemens systems can switch between scanners. In addition, most coils can be exchanged between all current 1.5T MRI systems due to Tim4G technology. The system’s software platform includes the Quiet Suite technology, which is designed to minimize system noise during an MRI examination. With Magnetom Amira, facilities can perform some measurements inaudibly over background noise, which benefits both clinical staff and patients.