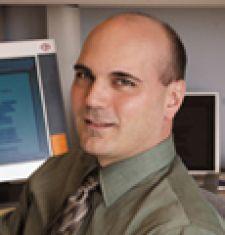 When I attended the Healthcare Information and Management Systems Society (HIMSS) conference in February in Orlando, it was clear information technology is what is moving healthcare forward and is now integrated into every facet of clinical operations. The adoption of electronic medical records (EMRs) is requiring new levels of networking and connectivity to help integrate patient information, PACS, data from monitoring devices, drugs that are administered, infection control, lab tests and patient billing.

This integration has increased the importance of health IT, as demonstrated by the expansion of the HIMSS conference, which had a record-breaking 28,400 people and 900 companies attend this year.

A gauge of what is driving health IT is the annual HIMSS leadership survey, which this year was conducted between November 2007 and January 2008 and the results where presented at the conference. It included 307 respondents from 261 healthcare organizations, representing more than 700 hospitals.

This year the survey results show delivery of quality healthcare is driving investments in clinical technology, including the adoption of EMRs and technology that reduces medical errors, such as computerized practitioner order entry (CPOE). Respondents also said Medicare cutbacks and managed-care fee reductions are creating uncertainty about the ability to fund such investments.

The survey shows investments in EMR technology are a top IT priority and will continue to be in the next two years. Respondents said 44 percent of their healthcare facilities have operational EMRs, up from only 24 percent in 2006. Another 37 percent of respondents said installation of their EMRs has begun, 4 percent have signed a contract for an EMR, and 14 percent have developed a plan to implement an EMR.

The 2008 survey results showed decreased priority in several areas, including IT for patient safety and reducing medical errors. However, HIMSS President/CEO Stephen Lieber said the decrease is because many healthcare organizations have implemented technologies to increase patient safety and are now moving on to other areas of innovation as the health IT industry matures.

“It’s not that there is less emphasis on reducing medical errors, it is now just part of standard business practice,” Lieber said.

Frances Dare, director of Cisco healthcare business solutions (Cisco was the survey sponsor), said the survey shows healthcare IT has addressed many of the basic needs such as patient safety and EMR implementation and is moving to the next level.

Due to increased concern about security breaches and meeting HIPAA requirements, respondents said they plan to adopt identification management, RFID technology and other security measures over the next two years. The survey also indicates with hospitals shifting to EMRs and accumulating large amounts of data, there will be a shift in high priorities over the next two years to upgrading data warehousing and mining capabilities. Web-enabled business transactions, speech recognition, automated alerts/paging, voice over Internet protocols and bar-code technology also rank high on respondents’ “to do” lists.