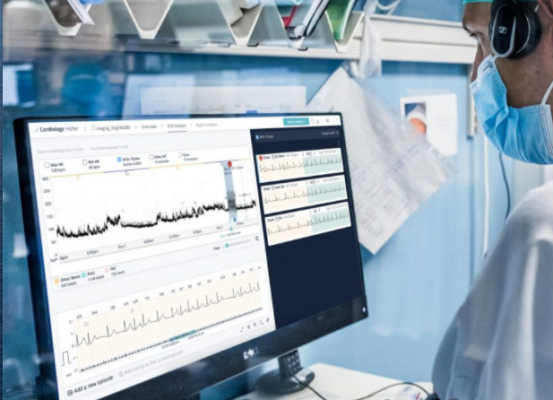 Previous studies have assessed the long-term possibility for future AFib using AI-based prediction algorithms based on normal 12-lead ECGs. This study shows Cardiologs’ deep neural network can reliably predict whether Afib will occur in the near future (i.e., within 6 to 14 days) with an area under the curve of 0.79, a ten-point improvement over a basic age and sex-based model.

"In most countries, the short-term Holter is the first ambulatory arrhythmia diagnostic test and, too often, the last. By bringing predictive AFib capabilities to the Holter test, we empower cardiologists to pursue the search for AFib without changing the care pathway. Cardiologs’ AI can predict the presence of AFib, even when there are no visible signs in the ECG recordings. The algorithm can detect subtle symptoms that suggest future onset, giving much more value to the Holter and helping physicians determine which patients may benefit from long-term monitoring." said Cardiologs CEO and Co-Founder Yann Fleureau.