June 25, 2008 - The electromagnetic interference (EMI) produced by radio frequency identification (RFID) tracking systems can interfere with critical care medical devices, according to a new study by the Academic Medical Centre, University of Amsterdam, in the Netherlands.

The findings were published this week in the Journal of the American Medical Association (JAMA). In a controlled nonclinical setting, RFID induced potentially hazardous incidents in medical devices, including ventilators, pacemakers and infusion pumps, raising the question as to the safe compatibility of these systems in the critical care environment.

In 123 EMI tests RFID induced 34 EMI incidents. Of these, 22 were classified as hazardous, two as significant, and 10 as light. The passive 868-MHz RFID signal induced a higher number of incidents with 26 incidents in 41 EMI tests, which was a 63 percent incident rate as compared to a rate of about 20 percent with active 125-kHz RFID. The passive RFID signal induced EMI in 26 medical devices, including eight that were also affected by the active RFID signal. The median distance between the RFID reader and the medical device in all EMI incidents was 30 cm.

Active RFID systems use a radio frequency emitting tag that is attached to equipment or patients so they can be tracked and easily located on a map screen called up on a computer. Passive RFID tag includes inventory tags that can be read automatically by an RFID detector, similar to retail tags that set off alarms at the exit doors at stores. 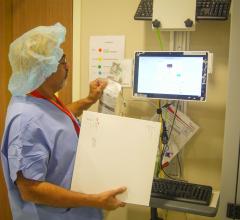 RFID tagged cath lab inventory being scanned in for use in a procedure at Nebraska Medicine's Bellevue Hospital. Automated systems like this can help eliminate or reduce the need for manual counts and enable more easily accessible analytics for better business management. 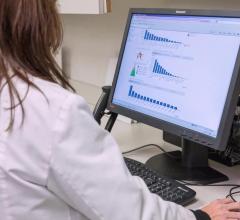 Sponsored Content | Videos | Inventory Management | February 17, 2017
Uncover Supply Waste and Control Costs With Data Analytics
The supplies you use in your cath lab are complex and very valuable.
read more 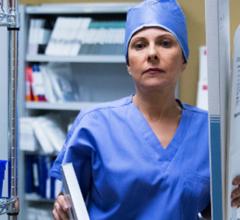 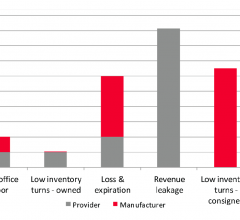 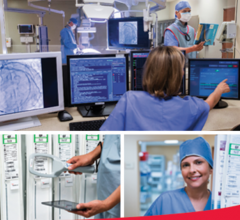 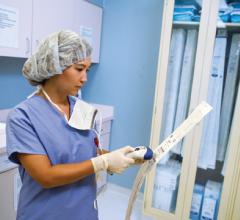 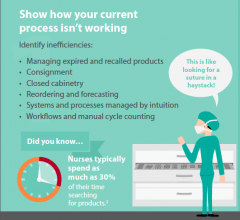 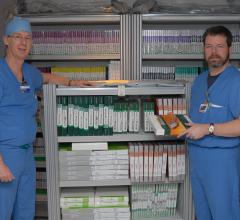 An example of RFID cabinets in a cath lab. As items are pulled from the cabinet, the inventory control system automatically determines what items were taken out and adds them to the patient case. The system can also help locate recalled or expired items, and automatically track on-hand inventory to avoid manual counts.

Feature | Inventory Management | October 28, 2016 | Jean-Claude Saghbini
Supply Chain as a Strategic Asset: Eliminating Waste in the Medical Device Supply Chain
The healthcare industry’s transition to value-based care leaves no room for waste, and yet we know that inefficiency
read more 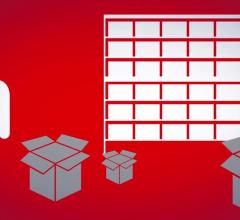 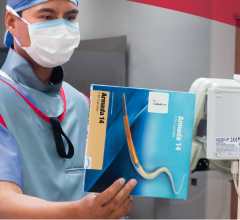