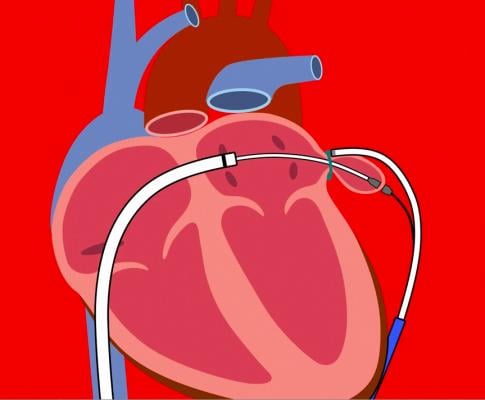 January 6, 2017 — SentreHeart Inc. announced that it has completed the Stage I enrollment milestone in the aMAZE Trial. The trial aims to assess improved outcomes when the Lariat Suture Delivery System (Lariat) is used to close the left atrial appendage (LAA) in adjunct to pulmonary vein isolation (PVI) catheter ablation in those patients that suffer from drug-refractory, persistent and long-standing persistent atrial fibrillation (AFib).

Stage I of the aMAZE Trial is designed to assess safety and performance of the Lariat procedure in the first 100 consecutively enrolled subjects, assessed by independent adjudication and data monitoring committees. The first subject was enrolled in October 2015 and the trial is currently recruiting subjects in 34 U.S. centers. It is anticipated that by mid-2017, the trial will expand to 50 centers across the United States, and in limited international locations.

AFib is an irregular, rapid heartbeat or quivering of the upper chambers of the heart called the atria due to a malfunction in the heart’s electrical system. It is the most common sustained arrhythmia and a major global public health problem due to its associated morbidity, including stroke and heart failure, diminished quality of life, and increased mortality. Approximately 33.5 million individuals worldwide suffer from AFib, with close to 5 million new cases occurring each year.

Studies have demonstrated the LARIAT not only closes the LAA mechanically1 but may also isolate electrical activity within the LAA2. Having a non-implant option that may both electrically and mechanically isolate the LAA is a potentially important addition to the treatment armamentarium for clinicians treating patients with persistent or longstanding persistent AFib. The Lariat has the potential to eliminate the LAA as a source of AFib and nidus for thrombus.

Unlike other implant solutions for AFib, the aMAZE Trial seeks to potentially treat the underlying disorder of AF by mechanically and electrically isolating the base of the LAA using the percutaneous, non-implant Lariat suture delivery device.