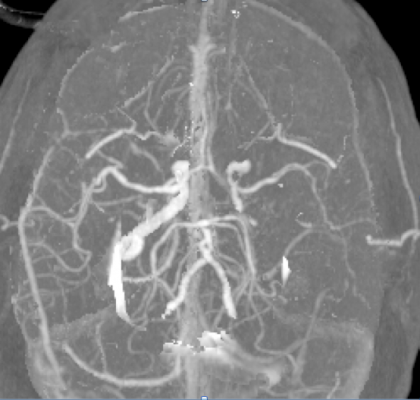 June 28, 2017 — Newly diagnosed asymptomatic atrial fibrillation patients have a higher rate of previous stroke than those with symptoms, according to results from the GLORIA-AF Registry presented at EHRA EUROPACE - CARDIOSTIM 2017. The findings highlight the need for screening to identify atrial fibrillation patients with no symptoms so that stroke prevention treatment can be given.

“Appropriate anticoagulant therapy substantially reduces the risk of stroke, but in many cases non-valvular atrial fibrillation is only diagnosed after a patient has had a stroke,” he continued. “When patients are unaware of their atrial fibrillation they remain untreated and unprotected from stroke.”

Two-thirds of patients (4,119) patients were asymptomatic/minimally symptomatic (hereafter referred to as ’asymptomatic‘) and one-third (1,892) were symptomatic at the time of diagnosis. A number of differences were observed between the two groups.

Christow said: “The finding of a higher rate of previous stroke in the asymptomatic patients despite no differences in the number of stroke risk factors may be explained by a longer but undiagnosed history of atrial fibrillation.”

“Our study found that in Western Europe, two-thirds of patients newly diagnosed with atrial fibrillation were asymptomatic,” he continued. “Without detection, patients may not receive appropriate preventive therapy and remain at increased risk of stroke.”

Christow concluded: “These results underline the urgent need for public programs to detect atrial fibrillation in the general population.”

The study was sponsored by Boehringer Ingelheim.