SynCardia May Be for Sale in Next 12-24 Months 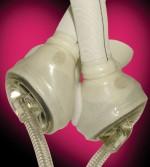 September 2, 2010 – Artificial heart maker SynCardia Systems said it plans to put the company up for sale some time in the next two years.

The maker of the Total Artificial Heart is considering a series E financing round before it evaluates an exit in the next 12 to 24 months, said CEO Rodger Ford. The company has raised $42.7 million in four rounds of funding to date and may seek an additional $2 to $5 million, said Ford.

SynCardia’s temporary Total Artificial Heart was approved by the FDA in 2004 as a bridge to transplant for transplant-eligible patients dying from end-stage biventricular failure. It is also cleared for use in Europe and Canada.

The company hopes to start a study in 2011 for a destination therapy product, which involves different materials than the current device.

The company plans to ramp up sales of its product and could evaluate an exit in the next 12 to 24 months. Ford said an ideal buyer would be a medical device player, such as Medtronic, Boston Scientific, St. Jude or Abbott. Medtronic and Boston Scientific are considered logical buyers because they may want to acquire cardiac pump devices like SynCardia’s to incorporate with their current offerings of stents and pacemakers.

However, SynCardia may receive greater interest from smaller companies that want to roll up the end-stage heart failure market, said Duane Nash, a senior analyst at Wedbush. He said ventricular assist device (VAD) makers Abiomed or Thoratec may have an interest, since they are already established mechanical circulatory support product vendors. Larger cardiovascular device companies may not consider SynCardia’s market large enough to go after.