AtriCure Announces the Release of the AtriClip Flex 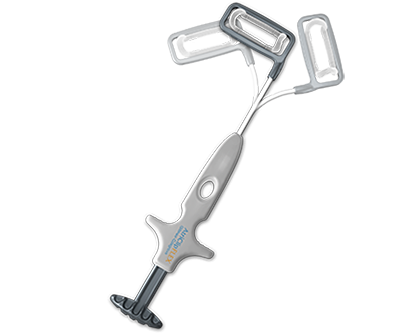 September 26, 2014 — AtriCure Inc. announced the introduction of the AtriClip Flex, a new device with a more flexible aluminum shaft that allows surgeons to better maneuver within a patient’s particular anatomy.

The device is one of four products within the AtriClip Left Atrial Appendage Exclusion System portfolio used in patients who suffer with atrial fibrillation (afib). The AtriClip Flex device is currently available in the United States, with availability in Europe and other geographies coming later this year.

“The introduction of the new AtriClip Flex with the malleable deployment tool shows AtriCure's commitment to constant improvement, to patients, and to the physicians who treat them on a daily basis,” said Theodore S. Wright, cardiothoracic surgeon at Gill Heart Institute, University of Kentucky HealthCare who was the first surgeon to use the AtriClip Flex device.

AtriClip has a U.S. Food and Drug Administration (FDA) indication for the occlusion of the LAAM under direct visualization, in conjunction with other open cardiac surgical procedures. The LAAM Exclusion System portfolio includes the AtriClip PRO, AtriClip long and AtriClip standard, which have different lengths and deployment features.

“AtriCure is dedicated to developing medical devices that solve complex problems and improve the lives of patients,” said Mike Carrel, chief executive officer of AtriCure. “AtriClip FLEX is a good example of how we listen and respond to the unique needs of surgeons.”

Patients who suffer from afib have a 500 percent greater risk of stroke, compared with the general population. [2] Afib-related strokes are associated with higher morbidity and mortality than non-afib related strokes. [3] More than 5.2 million people in the United States [4], and more than 33 million people worldwide [5], suffer with afib.

In early 2014, AtriCure initiated the Stroke Feasibility Study (NCT01997905) using the AtriClip System in a minimally invasive procedure on a beating heart. This study will evaluate the safety of the AtriClip System when used for stroke prevention in patients with non-valvular atrial fibrillation who can’t take long-term anticoagulation medications. Complete exclusion of the LAAM will be confirmed during the procedure using echo graphic imaging. The study will be conducted at seven hospitals in the United States, enrolling up to 30 patients.