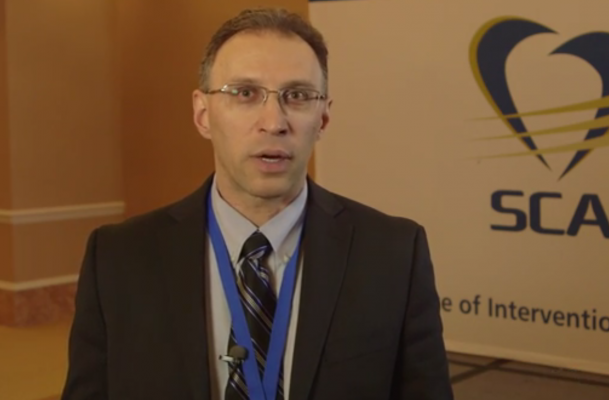 In patients with symptoms or tests suggestive of coronary artery disease but visibly underwhelming disease on angiography, variation in how the angiogram is interpreted can lead to wide variation in treatment and concerns of over- or under-treatment. This new study evaluates reliability of 3D-QCA as a simple tool to determine lesion severity.

Interventional cardiologists routinely use the caliber of the coronary catheter to determine stent size. In 3D-QCA, a 3-D image is created in a similar way, by using the catheter’s size in two or more angled views to create a proportionate 3-D image.

Prior studies using IVUS have established %PAS >67 percent in left main arteries and >70 percent in non-left main arteries as accurate measures of blockage severity. However, %PAS is less commonly used than other severity measures because it requires additional equipment to be passed down an artery. 3D-QCA has potential advantages, because its 3-D images are constructed using standard coronary angiogram images without need for additional imaging or equipment.

“In symptomatic patients, 3D-QCA using the cutoffs established in this study helps determine the location of relevant severe suspicious blockages that may warrant treatment,” said Charles Laham, M.D., FACC, FRCPC, FSCAI, principal investigator of the study. “3D-QCA appears to be a simple yet reliable tool to help interventional cardiologists distinguish which occult lesions should be further evaluated. The technique can help improve patient care, while reducing variation in care.”