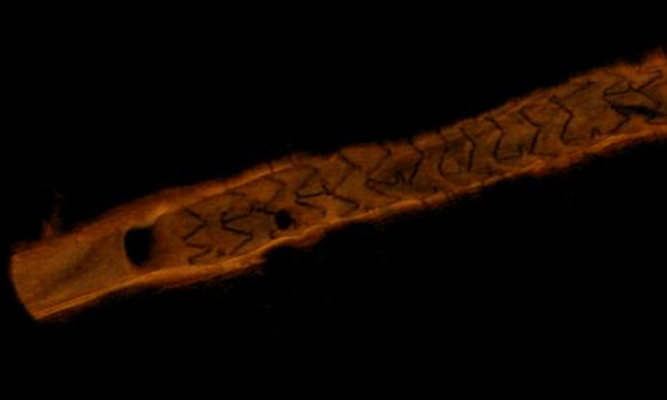 An OCT 3-D reconstructed image of a coronary vessel cutaway showing a stent and bifurcating vessels.

Angiography alone for procedural image guidance in the catheterization lab is sometimes not enough, and it is helpful to augment X-ray lumen imaging with intravascular ultrasound (IVUS) or optical coherence tomography (OCT) to visualize the soft tissue morphology.

The Society for Cardiovascular Angiography and Interventions (SCAI) recommends the use of intravascular imaging (IVUS and/or OCT) in addition to fractional flow reserve (FFR) to assess the severity of coronary blockages.[1] It first issued guidance recommendations on the use of these modalities in November 2013. SCAI said these imaging tools can be used to improve patient care, particularly for patients whose heart disease is considered complex or whose disease levels are unclear from angiography.

This article served as an introduction to a set of comparison charts on IVUS and OCT imaging systems and catheters. To access the charts use the links below. Access requires a login, but it is free to register and only takes a moment.