Converting From CAD to PAD

A stepped image from an Infinix-i angiography system showing PAD.

A magnetic resonance image showing a stenosis near the aortic bifurcation.

As medicine continues its march away from open surgical procedures to minimally invasive and transcatheter treatments, the cath lab has opened up to new treatment areas beyond the coronaries. Peripheral artery disease (PAD) in the legs has traditionally been the territory of vascular surgeons, but there has been a major transition to transcatheter PAD procedures in the past 10 years, blurring the lines between surgeons and interventionalists. Many interventional cardiologists are starting to transition from a concentration solely on coronary artery disease (CAD) to PAD.

Interventional PAD procedures are growing at a steady rate in cath labs, partly due to financial considerations to increase cath lab patient volume, said Khusrow Niazi, M.D., FACC, FSCAI, director, peripheral vascular interventions, assistant professor of medicine, cardiology, Emory Heart and Vascular Center, Atlanta. He made the transition from CAD to PAD cases long ago and is now an expert in peripheral interventions. He teaches courses for interventional cardiologists learning how to transition to peripheral cases.

While the concepts and tools are similar, Niazi tells cardiologists there are several important differences between PAD and CAD interventions. These differences include:
• The goal of revascularization is limb salvage to prevent amputations and improve the patient’s quality of life.
• Leg vessels have a higher vessel restenosis rates than coronaries.
• There is no rib cage to protect stents in the legs. Leg vessels are a very hostile environment for stents due to the extreme movement of the muscles and the vessels’ ability to stretch, twist and compress, potentially crushing stents or causing strut failure.
• Stents in the leg need to be flexible and self-expanding to contend with the stresses involved in these vessels.
• PAD procedures usually take longer than coronary interventions.
• The vessels above the knee are about twice the size of coronary vessels and the lesions can be very long. Chronic total occlusions (CTOs) are also common.
• Ultrasound should be used as an adjunct to angiographic X-ray to reduce radiation and contrast since the vessels are easily visible using conventional transducers.
• Cardiologists need to learn new techniques and how to use new devices to overcome obstacles in the peripheral vessel anatomy, tortuosity and complications.

Unlike interventional cardiology, PAD outcomes are measured not by vessel patency, but by limb salvage, said Nelson L. Bernardo, M.D., Washington Cardiology Center, Washington Hospital Center, Washington, D.C. He said if repeat procedures are required over time, it does not matter – what matters is preventing the amputation of the patient’s leg or foot.

“If I save the limb, then I was successful,” Bernardo said. “If I have restenosis in six months, then I have to go in and remove it.”
Under-Diagnosis, Increasing Volume

With the rise of percutaneous PAD procedures over the past decade, there has been a steady decrease in the number of foot amputations and leg vessel bypass surgeries, said Mark Turco, M.D., FACC, director, Center for Cardiac and Vascular Research, Washington Adventist Hospital, Takoma Park, Md.  Interventional PAD procedures have greatly contributed to increasing patients’ quality of life and survival rates, he contends.

“About $4 billion a year could be saved if we could just eliminate amputations,” Turco said. “We now have the opportunity to help these patients and improve their quality of life.”

However, he explains the biggest obstacle to treating these patients is the fact PAD is often under-diagnosed. Turco said part of the problem is that referring physicians may not be aware of the newer treatment options for their patients and instead continue to treat symptoms of PAD, such as chronic foot ulcers that never heal due to the lack of perfusion.

“We have not done a good job of getting the word out about PAD with our referring physicians,” Turco said. He suggests working with local podiatrists and wound clinics that frequently treat PAD symptoms, but not the root cause of the problem. In many cases, he said clearing a single vessel allows foot ulcerations to heal.

Niazi said the superficial femoral artery (SFA) is one of the culprit vessels in PAD cases involving critical limb ischemia (CLI), which becomes blocked with stenosis and then fills with clots. Vascular access for the SFA and lower vessels can use both the antegrade (a stick directly down into the femoral artery of the leg being worked on) and contra-lateral approach. In the contra-lateral approach, the opposite leg’s femoral artery is accessed so wires can be fed up into the aortic bifurcation and down into the opposite leg.

Niazi said navigating peripheral vessels demands the use of different wires at different times. “If you go with a regular floppy wire, you are not going to succeed,” he said.  As an example, in a contra-lateral approach, a stiff wire may be needed to help widen out the curve of the aortic bifurcation so operators can make the 90-degree turn into the femoral artery of the opposite leg. To enter the ostium of the iliac, an angled catheter may be necessary with a floppy wire. Once in the iliac, an exchange may be needed for a stiff wire to continue down the vessel.

Niazi is not a big fan of using stents in the leg. Once a stent is damaged, he said it is very difficult or impossible to fix the vessel if it re-occludes. However, he said drug-eluting stents (used off-label) may reduce the restenosis rates.

Turco said common tools for PAD cases include longer treatment balloons, larger and longer self-expanding stents, scoring balloons, debulking atherectomy devices, and use of embolic protection filters to prevent emboli from blocking capillary bed circulation in the foot. Drug-eluting balloons also are expected to become a common tool in PAD cases in the coming years. They are currently used in Europe and are entering trials in the United States.

Ultrasound, a Boon in the Cath Lab

He urges liberal use of ultrasound, especially during vascular access to avoid damaging the vessel and to ensure a direct 12 o’clock access puncture. “It’s a total paradigm change,” he said. “You can’t be sure where you are feeling on the skin and where the artery is exactly.”

requently, diseased vessels in the legs are totally occluded and Bernardo explained no blood flow means angiographic contrast will not produce an image. For this reason he urges all peripheral interventionalists to use ultrasound as an adjunct to angiographic X-ray.  He said ultrasound easily outlines the anatomy of vessels in the legs, even when they are totally occluded.

Bernardo added PAD cases tend to take much more time than coronary interventions, which increases the doses of both radiation and contrast. He said ultrasound helps reduce the need for angiography.  It is also helpful to identify where to make retrograde needle access in the lower leg and to help guide treatment devices.

Researchers from Dartmouth-Hitchock Medical Center (DHMC) in Lebanon, N.H., found endovascular interventions are now performed much more commonly than open bypass surgery in the treatment of lower extremity peripheral artery disease (PAD). More than three endovascular interventions were performed for every lower extremity bypass surgery over the last 10 years in the United States.

The study, examining statistics between 1996 and 2006, examined trends in lower extremity angioplasty and atherectomy interventions, lower extremity bypass surgery and major above- and below-the-knee amputations in Medicare beneficiaries (Part B claims). It was published in the July 2009 issue of the Journal of Vascular Surgery.

Traditional treatment, such as surgical bypass, is effective but invasive. In recent years, many patients have been treated with newer catheter-based devices to reopen peripheral arteries in a less-invasive fashion.

“During the study period, per 100,000 patients, bypass surgery rates decreased from 219 to 126 procedures (43 percent); endovascular interventions increased from 138 to 455 procedures (230 percent), and the rate of lower extremity amputation rates fell by 28 percent from 263 to 188,” said Philip P. Goodney, M.D., from the DHMC section of vascular surgery.

Increased numbers in endovascular interventions per 100,000 patients was due to growth in peripheral angioplasty (from 135 to 337 procedures) and percutaneous atherectomy (from three to 118 procedures), according to researchers, who added that percutaneous atherectomy is a particularly new, expensive and relatively untested treatment – however its rate has increased by more than 4,100 percent.

“We suspect new procedures may have translated into better outcomes, given the significant decline in amputation rates. However, other aspects of healthcare provided to patients at risk for amputation have changed along with the rates of surgical and endovascular procedures,” Goodney added. “Medicare patients are much more likely to receive medical and podiatric care, such as cholesterol monitoring, diabetic foot examinations and blood glucose monitoring aimed at preventing amputation now than they were 10 years ago. Our future work aims to determine if amputation rates are falling because of better medical care, changes in revascularization strategies or a combination of the two.”

Goodney said that larger and broader clinical trials should occur to compare bypass and endovascular interventions in patients with claudication and critical limb ischemia. These trials would further evaluate what medical steps can be taken and resources should be used to obtain the best functional outcomes in patients with PAD, and to prevent death and disability from lower extremity amputation.

In an effort to improve the diagnosis and treatment of peripheral artery disease (PAD), this past December, the American College of Cardiology and American Heart Association issued the first PAD performance measures. The measures also aim to increase understanding of PAD’s serious heart-related effects.

“Patients with peripheral artery disease have the highest rate of heart attacks, stroke and cardiovascular death - higher than people with coronary artery disease - yet they remain undertreated,” said Jeffrey W. Olin, D.O., FACC, FAHA, professor of medicine, Mount Sinai School of Medicine and chair of the writing committee. “Therapies simply aren’t given with the same intensity. These patients receive antiplatelet therapy or statin therapy much less frequently than patients with coronary artery disease, despite their high cardiovascular event rate.”

“Even when PAD is diagnosed, many healthcare providers will often just treat the leg symptoms, for example, any leg pain, tightness or cramping the patient might report, and not the heart-related risks,” Olin said. “Once PAD is diagnosed, appropriate therapy can be instituted to improve the ability to walk further and faster without pain and lower the rate of heart attack, stroke and death from cardiovascular causes.”

For more on the new performance measures: www.cardiosource.org and www.heart.org 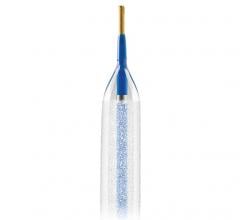 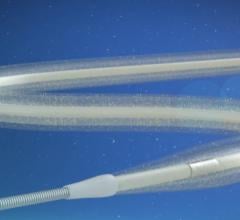