The Development of Renal Denervation Therapy 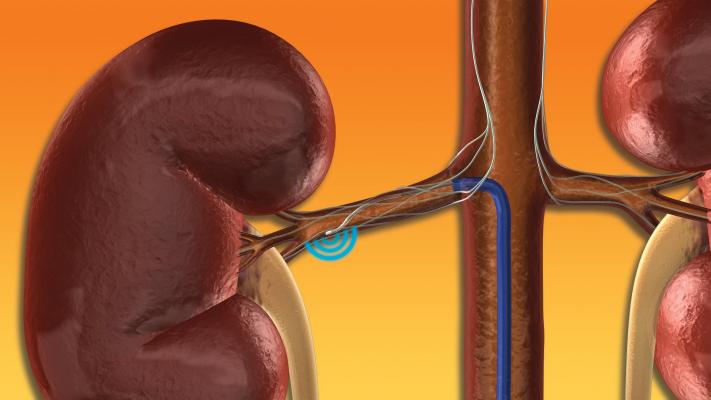 The Medtronic Symplicity catheter was the first renal denervation system to prove in clinical trials the therapy can lower drug-resistant hypertension.

One of the exciting new frontiers for interventional cardiology is the use of renal denervation therapy to treat pharmacologically uncontrolled hypertension. The American Heart Association estimates more than 75 million people in the United States have high blood pressure, and the economic costs to treat these patients exceed $50 billion annually. Despite public awareness and the availability of numerous pharmaceutical therapies, only about half of all treated hypertension patients achieve adequate blood-pressure control. Compounding the problem is that between 10 and 20 percent of this population have drug-resistant or refractory hypertension. It is estimated there are more than 10 million drug-resistant hypertension patients in the United States, so renal denervation (RDN) may offer a massive new market for cath labs to tap into.

A normal blood pressure is typically at or below 120 systolic and 80 diastolic (120/80 mmHg). Hypertension is blood pressure greater than 140/90 mmHg. The risk of cardiovascular death is cut in half with every 20 mmHg decrease in systolic blood pressure. Clinical data from several RDN trials to date have shown an average reduction of about 25 mmHg.

A hyperactive sympathetic nervous system is believed to be a major contributor to hypertension. The concept of denervation is to use catheter ablation to kill the sympathetic nerves in the outer adventitial layer of the renal arteries. This overrides the body’s regulation of vasoconstriction in these arteries, keeping them open for improved blood flow into the kidneys. Technologies developed for renal artery ablation include catheters delivering radiofrequency (RF) energy, ultrasound energy or drugs.