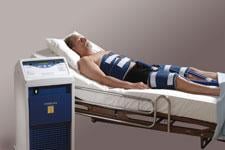 However, reducing and sustaining D2B times can be challenging. To achieve this goal, ThedaCare, a community health system consisting of four hospitals in northeast Wisconsin, underwent a complete cultural transformation to improve processes in the cath lab.

For the past seven years, ThedaCare has been working with a lean management consulting firm, Simpler Consulting, to coach hospital staff on the application of lean management skills to relieve overburdened employees, improve patient care and save dollars on the bottom line by applying a hospital-wide strategy that seeks improvement across the network. Since the lean implementation, ThedaCare has experienced a total bottom-line savings of more than $27 million and has found success in countless departments of the hospital, including the cath labs at Appleton Medical Center and Theda Clark Medical Center.

When ThedaCare began its lean transformation in the cath labs in 2004, the national standard for D2B time from the ACC/AHA was 120 minutes. However, administration and staff were committed to doing better and set the ambitious goal of reducing D2B times to 90 minutes. ThedaCare went to work and engaged key stakeholders, including cath lab and emergency department clinicians, administrators and emergency services personnel.  Armed with clipboards, the team began observing the processes for admitting, treating and discharging PCI procedures. The team found the cath labs were reaching a 90-minute metric only 58 percent of the time.

The cath labs began a series of rapid improvement events (RIE) that would help physicans, nurses and staff identify and eliminate the waste in their daily tasks. In an RIE, a consultant leads the team in an intensive forum where new ideas on how to eliminate waste are trialed and put in place if they work.

The first event in November 2005 focused on bringing the average times below 90 minutes. The next event on May 2007 was to raise the bar and bring average times below 60 minutes.  The team developed innovative ways to speed up the process and remove waste. They created posters that hang in each of the emergency department (ED) rooms that outline each step in the process, which was a great visual cue.  As the emergency department  team treated the patient with chest pain or heart attack, they used the poster as a guide, calling out the next step in the process.

We reduced our average door-to-balloon time from 74 minutes in 2006 to 66 minutes for 2007, resulting in nearly 30 minutes less when compared to the national benchmark.

After the RIE, the cardiology interventionalists, ED physicians, ED nurses, cath lab nurses and techs implemented a new process for cardiac patients called Code STEMI. By utilizing Code STEMI, Theda Clark and Appleton Center emergency departments have been able to perform PCI procedures in as little as 17 minutes, and consistently perform the life-saving procedure well within the national benchmark of 90 minutes. In fact, they were able to achieve less than 90-minute D2B times 97.4 percent of the time in 2010.

After the initial success of Code STEMI, ThedaCare went further and set a metric for in-house D2B STEMIs of 60 minutes. By engaging staff in another RIE, the cath labs were able to achieve 60 minutes 84.4 percent of the time in 2010 through process improvement.

Over the last two years, the ThedaCare cath labs have expanded their STEMI processes to seven other hospitals with Remote Code STEMI, as well as four field ambulance services.

When a patient arrives at a ThedaCare facility and is experiencing chest pain, the Code STEMI process begins – quickly and efficiently. ThedaCare also is working with area first responders, ThedaStar air transport and rural hospitals to ensure the 90-minute door-to-balloon time is achieved for its remote and field STEMI patients.

Many of ThedaCare’s patients live outside of Appleton and Neenah, where we have catheterization labs. However, thanks to our efforts to improve Remote Code STEMI, rural patients now have access to this higher level of care through our partnerships with many outlying hospitals and first responders. We continue to track our performance and review every case to identify opportunities to shorten D2B times and bring them below 60 minutes.

There is currently no proven therapy to reduce infarct volume, but a pilot study demonstrated use of mild hypothermia (below 35 C) in ST-elevated myocardial infarction (STEMI) patients prior to performing an angioplasty may help. Results showed a 38 percent preservation of heart tissue as compared to angioplasty alone. The study was presented at EuroPCR 2010.

Lund University in Sweden conducted the pilot study using Philips InnerCool endovascular cooling system, which uses both surface and endovascular cooling. The study, headed by Matthias Götberg, M.D., and Göran Olivecrona, M.D., is the culmination of more than 15 years of preclinical and clinical work in the area of myocardial preservation with the use of mild hypothermia.

Experimental studies have shown that induction of hypothermia before reperfusion of acute coronary occlusion reduces infarct size. Previous clinical studies, however, have not been able to show this effect, which is believed to be mainly because therapeutic temperature was not reached before reperfusion in the majority of the patients. This study aimed to evaluate the safety and feasibility of rapidly induced hypothermia by infusion of cold saline and endovascular cooling catheter before reperfusion in patients with acute myocardial infarction.

Twenty patients with acute myocardial infarction planned to undergo primary percutaneous coronary intervention (PCI) were enrolled in this prospective randomized study. After two to six days, myocardium at risk (MaR) and infarct size were assessed by cardiac magnetic resonance imaging (MRI) using T2-weighted imaging and late gadolinium enhancement imaging. A core body temperature of less than 35 C was achieved before reperfusion without significant delay in door-to-balloon time (an average of 43 minutes vs. about 40 minutes).

The protocol demonstrates the ability to safely reach a core body temperature of less than 35 C before reperfusion without delaying primary PCI. It also showed that combination hypothermia as an adjunct therapy in STEMI resulted in a reduced infarct size.