The Economics of Hybrid ORs 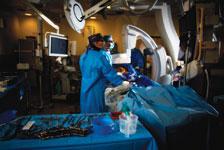 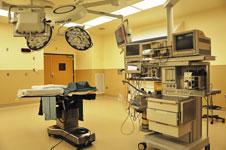 Hospitals that have built multimillion-dollar, specialized cardiovascular hybrid operating rooms (ORs) are hoping to make a return on investment (ROI) by attracting more referrals with the latest technology. However, many hospitals with hybrid rooms say it takes more than new, cutting-edge technology to be successful — the real secret is collaboration of several specialties to decide what is best for the patient.

“It’s not a piece of equipment, it’s really a state of mind. It really starts with an attitude and that helps guide how you plan for these suites,” said Mark Galantowicz, M.D., chief of cardiothoracic surgery, co-director of  The Heart Center at Nationwide Children’s Hospital, Columbus, Ohio. “As interventionalists, our world is about performing more complex procedures and keeping complications to a minimum. Putting multiple people together in one place to solve problems helps solve any complications, which reduces morbidity and mortality.”

Nationwide’s hybrid is used to treat complex congenital heart defects. Galantowicz said the environment brings together, in one room, cardiologists, interventionalists, surgeons, pulmonary specialists and anesthesiologists. “It’s a very new way to bring a team of people together to get the best possible patient outcomes. It’s really a paradigm shift in medicine,” he explained.

However, he said to make these rooms work, close collaboration and buy-in is needed from all the specialists involved. A commitment is also needed to a new model for patient care.

“Most medical systems are really doctor-centered, where the patient is shuttled around to meet with specialists based around the doctors’ schedules. It’s a series, where a patient is treated for one problem and then goes to another specialist for another problem,” Galantowicz said.

This inconveniences the patient and requires multiple procedures and usually duplication of tests. As several doctors pass a patient on to other physicians, Galantowicz said there is a greater possibility of “dropping the baton.” But, the hybrid OR allows all these specialists to work together in one place at the same time, sometimes to treat several patient conditions at once. He said this reduces the number of anesthesia exposures, surgeries and additional radiation exposure to the patient.

“These rooms have absolutely facilitated new procedures,” said Galantowicz, adding they allow treatments for hypoplastic left heart syndrome, ventricular septal defects (VSDs), complex recurrent pulmonary vein stenosis, and transcatheter pulmonary and aortic valve replacements. “You can do any of these procedures in a standard OR, but it is more cumbersome. I definitely think it will be a platform for the future.”

Nationwide Children’s Hospital has seen an increase in volume since adding its hybrid rooms, but Galantowicz said it is partly due to the overall hospital strategy to become a regional referring facility for complex pediatric cardiac cases. He said referring physicians have taken notice of the collaborative approach the hybrid environment provides, where several options are now offered to a patient.

Originally, all endovascular aortic repair (EVAR) procedures at Northeast Georgia Medical Center in Gainesville, Ga., were performed in its cath lab, but the lab’s volume was already at capacity. Tom Edwards, director of heart and vascular services, said the cath lab was very busy, not only with cardiology cases, but also because it was shared by several other specialties. To expand its program and have the ability to offer other new treatments, the Medical Center built a hybrid OR.

“I was the poster child against hybrid ORs and the reason for that was because I have colleagues elsewhere in the country who said they use these suites primarily as normal ORs and they have millions of dollars in fluoroscopy imaging equipment sitting in the corner of the room collecting dust,” Edwards said.  “I’ve eaten those words, because the use of this room at our center is phenomenal.”

Edwards said he was overridden, as the hospital wanted to use the hybrid OR as a way to attract young, talented endovascular surgeons to the hospital to build its minimally invasive aortic aneurysm repair program.  The center partnered with Philips and Stryker to create the room, which opened in April 2010.

Edwards said they budgeted the hybrid OR for a modest EVAR volume of four to six procedures per month. However, once the program started, it quickly rose to more than 10 procedures a month.  Additionally, Edwards said other specialists started using the room for other hybrid procedures, pushing use up to 40-50 procedures per week.

He now has cardiologists performing carotid stenting and transcatheter closure of atrial septal defects (ASDs), which require anesthesiology and transesophageal echo (TEE) imaging. Electrophysiologists are performing laser lead removals in the suite, in case they need to convert to an open procedure.

It was a case of if you built it, they will come. The center quickly built a reputation for EVAR and referrals rolled in.

“Our schedule in that room has grown to a point where we are discussing converting another OR into a second hybrid room,” Edwards said.

The center is already performing open surgical and minimally invasive port access heart valve replacements and is now training for transaortic valve replacement (TAVR) with the Sapien valve. Edwards said the center already has the investment in the required hybrid room for TAVR procedures and will be able to offer three valve replacement options for patients.

Edwards said the center’s study on the potential ROI for TAVR showed patient volume for that specific procedure will likely be low, because it is only cleared for use in high-risk surgical patients. But, he said the ROI for TAVR will come from the big increase in patients who do not qualify and instead are referred for port and surgical valve replacements.  This has been the experience of other centers that were involved in the PARTNER trial, which paved the way for FDA approval of the Sapien.

“You have to see about 15 patients to find one who qualifies for the Sapien device,” Edwards said. “But many of the patients who don’t qualify can be referred to minimally invasive port procedures, so we can replace their valves endoscopically.”

The ability for a center to offer unique, minimally invasive procedures will attract interest from referring physicians and potential patients. This was one of the key drivers for Inova Heart and Vascular Institute in Fairfax, Va., to create a hybrid OR, hoping to increase its reputation in the Washington, D.C., area and nationally. Inova partnered with Maquet and Philips to create its hybrid room, which opened in early 2011.

“The return on investment will definitely take a couple of years,” said Niv Ad, M.D., chief, cardiac surgery and director, cardiac surgery research. He estimates it will be least three to five years before the procedures at Inova are able to cover the costs of the hybrid room construction. He said the unique, complex hybrid procedures that can be performed in the hybrid OR are drawing new patient referrals, but he admits it may take time to build up a program.

He explained Inova wanted to use the room specifically for procedures that could not be performed anywhere else in the hospital. Procedures include implantation of the Sapien valve, complex revascularizations, high-risk lead extractions and hybrid EP ablation procedures. Ad said these hybrid procedures often combine transcatheter and epicardial ablations to treat ventricular arrythmias, Wolff–Parkinson–White syndrome (WPW) and supraventricular tachycardia (SVT).

“It is getting busier and busier,” Ad said.