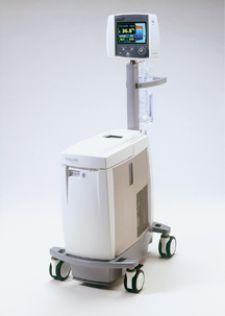 The Alsius CoolGard 3000 uses an intravenous central catheter circulating saline in a closed loop system to warm and cool patients. This was the machine used to induce hypothermia in Buffalo Bills' football player Kevin Everett after sustaining a major spinal injury.