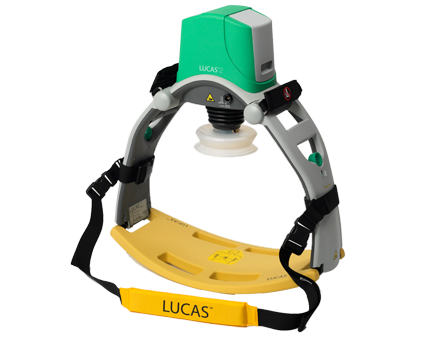 September 11, 2013 — The main results of the large randomized LINC study, which compared the effectiveness of the Lucas mechanical chest compression system to high quality manual chest compressions, were presented at the European Society of Cardiology Congress in Amsterdam, the Netherlands. The LINC study showed similar short-term survival rates for Lucas (23.6%) and manual (23.7%) chest compressions. At six-months, 8.5% of the patients treated with LUCAS were alive with good neurological outcomes compared to 7.6% in the manual group.

The LINC study led and presented by Professor Sten Rubertsson M.D., Ph.D., from Uppsala University, Uppsala, Sweden, included 2,589 out-of-hospital cardiac arrest patients in Europe over five years, from 2008 to 2013. It is one of the largest controlled, envelope-randomized trials for out-of-hospital cardiac arrest in history. The patients were randomized to either the Lucas device receiving mechanical chest compressions with defibrillation provided during ongoing compressions, or to manual chest compressions according to the European Resuscitation Council and American Heart Assn. Guidelines for CPR.

"The results are encouraging, with the vast majority of survivors having good neurological status at six months — 99 percent in the Lucas group, 94 percent in the manual group." said Rubertsson. "Moreover, the overall survival rate is high considering the study excluded the most viable groups; the patients defibrillated before EMS arrival and EMS witnessed cardiac arrests that were successfully defibrillated with the first shock."

The LINC study included sudden cardiac arrest patients in six European centers; Uppsala, Gävle, Västerås and Malmö in Sweden, Utrecht in the Netherlands, and Dorset in the United Kingdom. Over 770 paramedics at 26 ambulance stations and 1,500 in-hospital employees at 14 hospitals took part in the LINC trial. The study was initiated, designed and partly funded by Uppsala University, sponsored by Physio-Control Inc., coordinated independently by Uppsala Clinical Research Center, Uppsala, Sweden, and conducted in accordance to clinical and ethical principles. 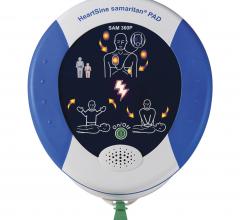 VIDEO: Overview of Hydroxychloroquine and FDA Warning in its use to Treat COVID-19