Key EP research and technology highlighted at during 2013 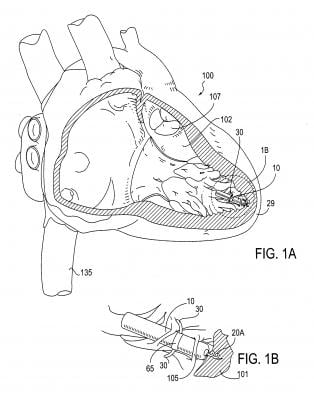 One of the most innovative technologies discussed at the meeting was the Nanostim leadless pacemaker, Singh explained. The tiny device, about the size of the tip of a pen, is implanted via catheter inside the heart. It attaches to the wall of the left ventricular apex with a screw-in active fixation mechanism. The small size of the device — less than 10 percent the size of a conventional pacemaker — allows for percutaneous placement through an 18 French sheath in the femoral vein, using a steerable catheter.
Nanostim Inc. received CE mark clearance in Europe for the first miniaturized, leadless pacemaker in October. St. Jude Medical, which had in part funded the company’s development efforts, announced immediately afterward it was aquiring the company.

The Nanostim is less than 10 percent the size of a conventional pacemaker. The small size of the device and lack of a surgical pocket, coupled with the exclusion of a lead, improves patient comfort and can reduce complications, including device pocket-related infection and lead failure.  The elimination of the visible lump and scar at a conventional pacemaker’s implant site, in addition to the removal of patient activity restrictions that may prevent the dislodgement or damage to a conventional lead, will potentially improve the quality of life for patients.

The Nanostim leadless pacemaker was designed to be fully retrievable so that the device can be readily repositioned during the implant procedure and later retrieved if necessary, such as at the time of normal battery replacement.

Even with miniaturization, initial results indicate battery longevity is comparable to conventional pacemakers, with an average lifespan of 8.5 years at 100 percent pacing, according to data from the LEADLESS trial, released at HRS. Data from the 33 patient trial showed a successful implant rate of 97 percent.  The mean procedure time was 28 minutes and device performance was evaluated at two days, two weeks, six weeks and three months after surgery. The pacing threshold, R-wave amplitude and impedance were all comparable to that of a conventional pacemaker.

“Leadless pacemakers are a promising new technology that could eliminate one of the biggest complication risks with these life-saving devices — the lead,” said lead author of the study Vivek Reddy, M.D., professor of cardiology, Mount Sinai School of Medicine, and director of the cardiac arrhythmia service at Mount Sinai Hospital, New York City. “Our initial experience indicates that the procedure is faster and minimally invasive compared to traditional implantation surgery, which may dramatically improve recovery times for patients.”

To view a video of how the Nanostim devices is implanted.