Placebo-controlled trial found no improvement in rate of acute nephropathy 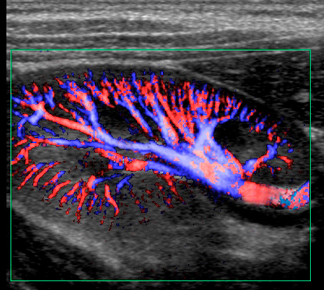 April 15, 2016 — Patients treated with CMX-2043 — an investigational drug that has previously shown some ability to protect heart muscle from damage during stenting — saw no improved protection in their kidneys compared to placebo, according to research presented at the American College of Cardiology (ACC) 2016 meeting.

Contrast media used in angiograms can cause damage to kidney cells, lower urine output and significantly reduce or even stop kidney function, especially in patients with diabetes or chronic kidney disease. According to the National Kidney Foundation, patients with both of these conditions have a 20 to 50 percent risk of kidney injury, also called nephropathy, when given contrast.

Currently, hydrating a patient before the imaging procedure is the best way to prevent contrast-induced kidney injury, but that process takes time and can be impractical in emergency situations.

The randomized, double-blinded clinical trial recruited 361 patients from 31 medical centers in the United States and Canada. Recruited subjects were previously scheduled for an angiogram with a high likelihood that they would need angioplasty because of a poor stress test or acute coronary syndrome. The subjects also had either a severe loss of kidney function or mild-to- moderate loss of kidney function and another risk factor such as diabetes, low blood pressure or being more than 75 years old. Patients experiencing a heart attack, life-threatening arrhythmia or total kidney failure were excluded.

Patients were split into four groups and intravenously given a small dose, a large dose or two small doses of CMX-2043 — 2.4 mg/kg, 3.6 mg/kg, or two doses of 2.4 mg/kg with 24 hours in between doses, respectively — or a placebo before their angiograms. Researchers followed up with the subjects over a period of 90 days, the primary endpoint being a reduction in kidney injury. The researchers also examined the incidence of major adverse cardiac and kidney events, reduction in heart damage and heart attacks, and major side effects of CMX-2043.

During the study period, the rates of major heart and kidney events were also similar among the placebo and all three CMX-2043 groups. CMX-2043 did not cause any major side effects in the doses used in this study, Bhatt said. However, he said the prior finding in a smaller study that suggested the drug reduced stenting-related heart attack complications was not confirmed.

“The thought was that this drug had antioxidant and cell membrane stabilizing effects and that these benefits would translate into less kidney cell damage and heart muscle damage,” Bhatt said. “But as is often the case in this field, drugs that seem to be good based on preclinical work, when used in humans don’t always have an effect.”

Bhatt said he is encouraged, though, by the fact that he and his colleagues were able to perform an efficient trial on a group of patients who are notoriously difficult to recruit. Future research can use this model to study other drugs, devices and strategies to prevent contrast-induced kidney injury, he said.

“We showed that such a trial can be done, and in a rigorous way,” Bhatt said. “The challenge now is to find a drug that actually works.”

One possible limitation to the study is the fixed dosing of CMX-2043. While the specific doses and regimens studied by the researchers did not yield any significant kidney protection, larger or more frequent doses may show such benefits.

The trial was funded by Ischemix LLC, the manufacturer of CMX-2043.