Despite their benefits, independent cath labs are getting squeezed out of the marketplace by lower reimbursements. 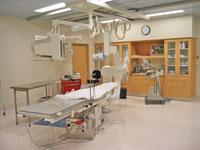 A trend that was fueled by cardiologists wanting to gain a larger share of reimbursement fees, while at the same time providing more personalized care to their patients, is beginning to fizzle as reimbursements continue to be cut.

In theory, the underlying concept was brilliant and workable: A cardiology practice sets up its own outpatient cardiology center to provide diagnostic imaging and catherizations instead of constantly sending patients to nearby hospitals. Not only would these patients be getting more personalized care in a more office-like setting, but the physicians would be able to collect both professional and technical fees from Medicare and third-party insurers.

Advances in technology also made this feasible, especially in setting up a cath lab. As catheters became thinner; imaging equipment got less expensive; and the number of catherizations being performed grew, it became apparent that this minimally-invasive procedure could be performed on an outpatient basis. In fact, many hospitals have their own outpatient cath labs.

Since profit margins for independent outpatient cath labs are slim to begin with, this disparity in payments has forced some free-standing outpatient cardiac centers to shut down their cath labs or, at the very least, sell them to a hospital.

Brian McApin, CEO of Spokane, Wash.-based Inland Cardiology Associates, says his group practice consists of 12 cardiologists in five offices serving eastern Washington, northern Idaho and northeastern Oregon. Its outpatient cath lab is a joint venture with Brentwood, Tenn.-based Cardiovascular Services of America — which is in the process of changing its name to Cardiovascular Care Affiliates.

McApin says the cath lab is still profitable, but he admits, “margins are slim.”

As part of his cost-containment strategy, he says he pays close attention to cath lab staffing on a day-to-day basis, adding or subtracting personnel depending on how many patients have been scheduled.
Even so, McApin has watched his reimbursements drop. “Our reimbursements have gone down about 25 percent while the hospitals got a bump of 4 to 5 percent,” he said.

And unless reimbursements become more equitable between outpatient cardiac centers and hospitals, McApin predicts more upheaval in the industry. “I think there will be more groups that will divest themselves of their cath labs,” he predicts.

Yet the benefits afforded to patients at these independent cath labs are undeniable, he said. “It’s much more personable and checking in to have a procedure done is smoother.”

Plus, he says, you have more control over schedules.

One criticism that has often been raised is whether at-risk patients are put at even greater risk by not having catherizations done in a hospital. “Ninety-eight percent of the time when a cardiologist anticipates a problem, he’ll send them to a hospital,” McApin said. “After the nuclear scan is done, he may send the patient directly to the hospital for a diagnostic cath.”

Many of the same benefits expressed by McApin are echoed by Donna Adamec, director of Midwest Cardiovascular Center. Owned by Metro Heart Group of St. Louis, Mo., this outpatient center was built in 1998 and was the first in the state to offer outpatient cardiac procedures.

With two cath labs and 20 physicians, Midwest Cardiovascular can do catherizations on 10 patients a day, Adamec says. Should a patient require emergency surgery, they can be whisked up the hallway that connects the center to St. Anthony’s Medical Center.

Besides giving cardiologists the ability to see more patients and to exert more control over their working environment, Adamec says running an outpatient cath lab is more economical and offers patients better care than they can get in a hospital setting. “Everyone has a private room,” she says. “And there is more time for patient teaching.”

In addition, she notes that recovery is quicker. Most patients can get up, have something to eat and leave within a half-hour to an hour of the procedure.

But she also said it’s getting harder to stay profitable. “It’s getting to be less profitable because Medicare has decreased the reimbursements.” However, she adds, “Hospitals are trying to do away with us because they’re losing business.”

But it is hard to justify these cuts given the benefits rendered by OPCLs. “Besides being more efficient and patient friendly, you’ll have the procedure done when it’s scheduled,” he says. “If you go to a hospital for an 8 a.m. appointment, you may get bumped because these labs are also used for ablations and placement of pacemakers,” he explains. “So you don’t know when you’re going to get it done. If you have an 8 a.m. appointment, it may not get done until 5 p.m.”

There are only about 100 independent cath labs in the U.S., Blades says. And that number is decreasing. In order to reverse this trend, COCA is currently lobbying Congress and has picked up a lot of Congressional support, Blades asserts.

COCA represents over 60 cardiology practices and organizations and more than 1,000 cardiologists who own and operate non-hospital OPCLs.

In a set of legislative discussion points, Blades points to a couple of solutions advocated by COCA: “Develop and pass legislation to establish a separate classification for OPCLs that will remove OPCL reimbursement from the current PFS process and tie it to 85 percent of the hospital APC rate for the same family of procedure codes, based on the commonality that OPCLs have with similar outpatient hospital facilities; or modify existing ambulatory surgery center (ASC) regulations to include procedures that are currently performed in OPCLs and allow OPCLS to re-enroll in the Medicare program as ASCs,” he wrote.

Even though the current climate is unsettling, Blades says there will still be a need for outpatient cath labs. “Right now, my advice is that if you’re building a cath lab to only do diagnoses, wait. If you’re going to do peripheral vascular interventions, then do it. If groups are focused on that, there’s a huge opportunity.”