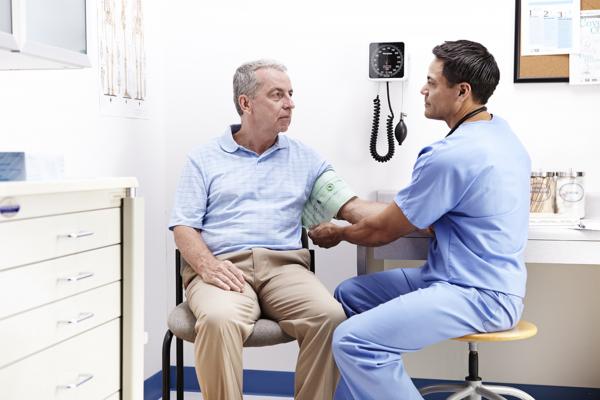 Big data from regional health exchanges can help identify patients who are at high risk for developing cardiovascular disease and stroke based on blood pressure readings and trends from their office visits over time that arestored in the electronic health records. This information can be used to target these patients with more followups, education and more intensive prevention programs.

As healthcare converts to an entirely electronic health record (EHR)-based system, it opens up new opportunities to monitor trends in population health and even identify specific patients for follow-up in targeted populations. Population health has become a major buzzword in healthcare over the past couple years, especially as more hospitals and practices come online with regional health information exchanges (HIE) and EHRs with enterprise- or health system-wide access.

One of the biggest drivers for the adoption of more widely accessible and structured data is healthcare reform. This effort is based largely on the rapid conversion to EHRs and leveraging information technology to improve efficiency at all levels via Stage 2 and Stage 3 Meaningful Use (MU) requirements. Some of these requirements for future Medicare reimbursement also will allow new ways of tracking patients. This includes data mining structured data to pull disparate information such as family history, symptoms, vital signs, test results or previous treatments to identify prospective patient populations for new procedures or screening.

For healthcare systems that are able to efficiently data mine millions of points of patient information, they can now search for patients listed as smokers who qualify for the new low-dose computed tomography (CT) lung cancer screens that are reimbursable. Radiology departments can search for all the patients who have been lost to imaging follow-ups for mammography or oncology monitoring exams. Hospitals starting transcatheter heart valve programs can identify patients who might qualify for a transcatheter valve. In the future, population health data mining will include proactive identification of patients who are high-risk for expensive chronic conditions such as cardiovascular disease, chronic obstructive pulmonary disease (COPD) and heart failure years before they present with acute symptoms.

“Big data is really a vision of an interoperable health data infrastructure,” said James Tcheng, M.D., FACC, FSCAI, FESC, Duke University, North Carolina, during a presentation on big data at the 2015 meeting of the American College of Cardiology (ACC). “I think big data will be a major driver in the future for research and how we provide care.”

An example of how population health can help improve healthcare can be found in a pilot study conducted in New York to identify patients to target for the U.S. Department of Health and Human Services' Million Hearts Initiative. The national initiative aims to prevent 1 million heart attacks and strokes by 2017. The program brings together communities, health systems, nonprofit organizations, federal agencies and private-sector partners from across the country to fight heart disease and stroke. The program started in 2011 and is focused on tracking preventable risk factors and helping patients modify their behaviors to avoid heart disease. The focus is on the ABCS (appropriate use of aspirin, blood pressure management, cholesterol management and smoking cessation).

Heart attack and stroke are responsible for one in three U.S. deaths, according to Ian Brissette, Ph.D., director, Bureau of Chronic Disease Evaluation and Research, New York State Department of Health. At their root, these deaths have a core of modifiable behaviors — smoking, poor diet, physical inactivity — and because they have these common factors they are considered to be the leading preventable cause of death among adults under 65. He explained heart attack and stroke are very expensive in terms of healthcare costs and lost productivity, accounting for $315 billion annually in the United States.

A big step is to identify the patients who are high-risk for heart disease and stroke, and this is where big data comes into focus on specific patient populations. Blood pressure is a trackable vital sign that is found in most patient charts, so it was chosen as one way to track down previously unidentified at-risk patients.

In New York there is a Million Hearts partnership between the state’s Department of Health; Hixny, an HIE serving 25 hospitals in eastern New York; county health departments; and federally qualified health centers. Due to a high rate of EHR adoption among the hospitals involved, Hixny was chosen as the pilot site to test how data mining could identify at-risk patients. This includes patients who had two or more blood pressure readings above 140/90 that had not been diagnosed with hypertension. Additional information to identify the patient population came from other data sources, including the Statewide Planning and Research Cooperative System (SPARCS), Medicaid claims data, Healthcare Effectiveness Data and Information Set (HEDIS) and the Behavioral Risk Factor Surveillance System phone survey. The HIE was used to bridge the information gap with existing data sources.

“Our project focuses on hypertension,” Brissette said. “Around half of adults with high blood pressure have a disease that is poorly managed or uncontrolled. Because it is a symptomless disorder, it also has high rates of under-diagnosis.”

The process started with 352,000 patients, 47 million lab results, 10 million encounters and 1.6 million observations. The data was then edited to focus on just the target population. In Albany County, this included focusing on patient records from the calendar year 2013 and excluding patients with high blood pressure due to pregnancy, end-stage renal disease and patients without a medical encounter in 2013. Patients were then sorted by zip code and only included those in Albany County. After exclusions, the final sample was 41,000 patients. Once identified, these individual patients were then connected with local federally qualified health centers for follow-up.

The Need for Solid Data

The project team encountered a few issues when analyzing the population health data, mainly in how data was being transmitted from practices to the HIE, said Scott Momrow, vice president, marketing and outreach, Hixny. Out of 498 practices, structured data could only be used from 90, which significantly limited the ease and efficiency of collecting data. They also encountered issues in stratified analyses by race because of the lack of standardization in the way this data was reported.

The experience showed there are benefits of HIE in population health data, providing real time information sharing to enable the entire healthcare community to have the same view of the patient. As the system is programmed to track different criteria, it will be able to send alerts to primary care providers, care coordinators or eventually to patients.

“This depicts where we are now with health information exchanges as a source of information for public and population health, and it also describes its capacities and aspirational goals,” Brissette said. “We really feel like we need this type of implementation and in-the-weeds work to achieve the more aspirational goals for how an HIE should function. This ultimately was a story about how we could gain efficiencies and see whether the information in HIE represented a potential source of efficiency in the future — in this case for high blood pressure surveillance. In some ways it may alleviate a few of the burdens of having to maintain separate systems for collecting reportable conditions.”

Momrow stated it is very important moving into the future that all patient data is structured in a similar manner. An example of how the data from the Million Hearts project could have been better includes the lack of blood pressure readings being attributed to a patient encounter. “The challenge is our analytics needs to understand which encounters — it needs that piece of information,” he explained. “But I think the value of the information is what will drive the changes in behavior and improve the data quality.”

Momrow said of the 25 hospitals in Hixny, all of them contribute data to the HIE, which made it a natural choice for the pilot population health study. However, there are still gaps in patient care data. He said about 72 percent of the ambulatory practices in his region contribute data to the HIE, which is high compared to just 17 percent across New York state. “It’s improving, but we need the information,” Momrow explained. He said Hixny currently has 60 new records entered every 60 seconds and the HIE processed 1.75 billion transactions last year.

“HIE is real time. What’s important is to mobilize that information so you have one patient-centric view,” he said. “That’s critical to supporting population health initiatives — you need to know what’s happening with the patient. 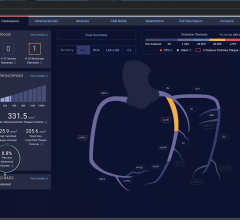 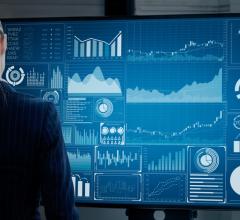 Accurate reporting is essential to producing the reliable analytics needed to meet lab accreditation standards. This is ... 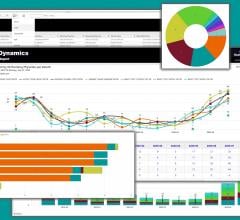 The current landscape of healthcare places increased importance on understanding of operational data and efficient ... 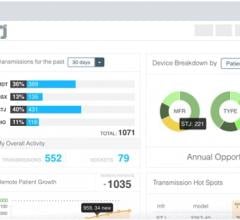 May 17, 2019 — Digital healthcare company Murj announced the availability of the Murj Analytics software-as-a-service ... 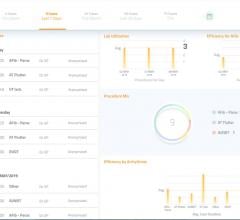 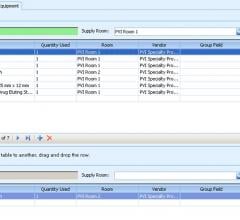 February 28, 2018 — Lumedx Corp. will show off the latest in advanced analytics and software solutions at the upcoming ... 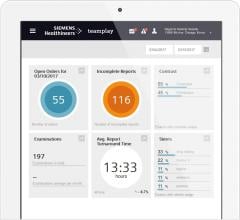 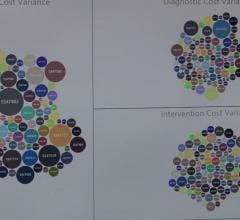 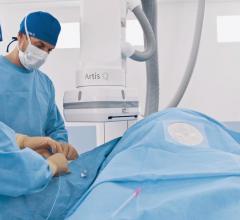 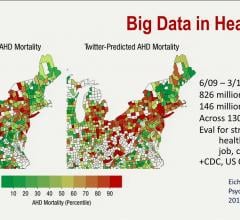 February 1, 2017 — As the useful applications of big data in the pharmaceutical and healthcare sector become ...