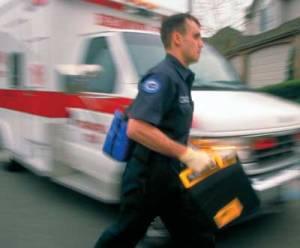 November 18, 2011 – Medtronic and Bain Capital, a global private investment firm, today announced they have entered into a definitive agreement under which affiliates of Bain Capital will acquire Physio-Control. The stock of Physio-Control and related entities will be purchased for cash in a transaction valued at approximately $487 million.

Headquartered in Redmond, Wash., Physio-Control is a leader in professional emergency response products and services and has nearly 1,000 employees worldwide. Brian Webster, currently president, will continue to lead the company and will be named chief executive officer following completion of the transaction.

“We are pleased that Physio-Control has found another strong partner to prepare the company for the next stage of its growth,” said Omar Ishrak, chairman and chief executive officer of Medtronic. “For more than 55 years, Physio-Control has been developing technologies and designing devices that are legendary among emergency medical response professionals. With an impressive innovation pipeline and backing by Bain Capital, we believe Physio-Control will be well-positioned for growth and to continue its lifesaving mission to serve emergency responders, hospital care teams and their patients around the world.”

“The dedicated people and innovative products of Physio-Control play a vital role in helping emergency responders and medical professionals save lives every day,” said Chris Gordon, a managing director at Bain Capital. “Physio-Control is an impressive market leader that has built an outstanding brand position and loyal customer base by providing high quality, mission-critical tools and superior service. We are extremely enthusiastic about the company’s growth prospects, and we look forward to working alongside Brian Webster and the whole Physio-Control team to support their strategic plans.”

The transaction is expected to close in the first quarter of calendar 2012, and is subject to certain regulatory and customary closing conditions.

Medtronic expects to use a portion of the proceeds to offset any potential dilutive impact from this transaction to fiscal year 2012 non-GAAP earnings per share.