Barostim Therapy Projected to be Cost-Effective in Treating Resistant Hypertension 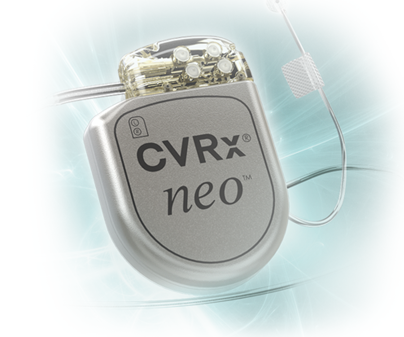 January 10, 2014 — CVRx Inc. announced findings from a health-economic analysis published in the Journal of Hypertension that indicates Barostim Therapy is a cost-effective treatment option for patients with drug-resistant hypertension. Based on blood pressure reductions attained with Barostim Therapy, the Markov model used for this analysis projected that Barostim is a cost-effective treatment for this group of patients, with an anticipated incremental cost-effectiveness ratio (ICER) of 7,797 euros per quality-adjusted life year (QALY) gained from a payer perspective in a European setting [1]. This is significantly below the recognized European cost-effectiveness threshold of 35,000 euros.
The Barostim system is a programmable, minimally invasive device that consists of an implantable pulse generator (IPG), a 2 mm electrode and an external programmer. Barostim Therapy is designed to trigger the natural blood pressure regulation system by electrically activating the carotid baroreceptors. Barostim neo is the second-generation system that is commercially available in Europe. The therapy is included in the joint European Society of Hypertension and European Society of Cardiology guidelines for the treatment of resistant hypertension, published June 2013. Barostim Therapy is also under evaluation in a pivotal clinical trial in the United States intended to achieve U.S. market approval.
The reduction in blood pressure with Barostim Therapy was based on the double-blinded randomized clinical trial published in the Journal of the American College of Cardiology (JACC) [2] and long-term follow-up data [3, 4]. The study analyzed the impact of Barostim Therapy on a cohort of drug-resistant hypertension patients with a systolic blood pressure more than 170 mmHg. Patient characteristics were based on the actual patients treated with Barostim Therapy in the randomized Barostim trial, as well as patient data from a large German epidemiological study [5].
The health-economic model in this study uses risk equations and cost data from the published literature to project the economic and clinical impact of Barostim Therapy for patients with drug-resistant hypertension. The model in the study is a combination of a decision tree and a Markov model, and it uses established multivariate risk equations from the Framingham heart study and the SCORE project to enable a robust projection of the impact of Barostim Therapy on cardiovascular events and mortality.
The model shows that Barostim Therapy may substantially reduce debilitating and costly cardiovascular events such as stroke, end stage renal disease (ESRD), myocardial infarction (MI), coronary heart disease (CHD) and heart failure. Over a lifetime, Barostim is estimated to reduce the rate of stroke by 35 percent, ESRD by 23 percent, MI by 19 percent, and heart failure by 12 percent. Barostim was estimated to provide 1.66 additional life years and 2.17 additional quality-adjusted life years when compared with optimal medical management.
"This study provides an important perspective on the value of lowering the blood pressure for this group of drug-resistant patients, clinically as well as from a health-economic standpoint," said Joachim Beige, M.D, PhD, study co-author, head of the renal unit/Department of Nephrology, Hospital St. Georg, Leipzig, Germany. "Moreover the estimated reductions in end-stage events such as stroke and end stage renal disease are substantial. This illustrates the impact which the blood pressure reduction of Barostim Therapy can have."
The Barostim neo is a second-generation device that uses CVRx-patented technology that is designed to trigger the body's own natural blood flow regulation system to treat hypertension and heart failure. The device received CE mark approval in 2011. The system works by electrically activating baroreceptors. When activated by Barostim neo, signals are sent through neural pathways to the brain, which responds by telling the:
• Arteries to relax, making it easier for blood to flow through the body and reducing cardiac exertion;
• Heart to slow down, allowing more time for the organ to fill with blood; and
• Kidneys to reduce fluid in the body, lowering both excessive blood pressure and workload on the heart.
The vendor said the technology has the potential to improve quality of life and reduce health risks associated with hypertension and heart failure, including heart and kidney disease, stroke and death.
Other potential benefits and characteristics of Barostim neo:
• Can be adjusted to meet each patient's individual therapy needs, making it the only personalized medical device therapy for the treatment of hypertension with CE marking
• Provides 100 percent compliance to treatment by automatically activating the baroreflex
• Reversible
Barostim neo is an investigational device and is limited to investigational use by U.S. law.
For more information: www.cvrx.com
References
[1] Borisenko O, et al. Cost effectiveness of Barostim therapy for the treatment of resistant hypertension in European settings. Journal of Hypertension 2014 ; Published ahead of print. www.jhypertension.com
[2] Bisognano JD, et al. Baroreflex activation therapy lowers blood pressure in patients with resistant hypertension: results from the double-blind, randomized, placebo-controlled Rheos Pivotal Trial. Journal of the American College of Cardiology 2011; 58 (7):765-73.
[3] Kroon AS, et al. Sustained blood pressure reduction by Baroreflex activation therapy with a chronically implanted system: 4-year data of Rheos Debut-HT study in patients with resistant hypertension. Journal of Hypertension 2010; 28:e441.
[4] Bakris G, et al. Baroreflex activation therapy provides durable benefit in patients with resistant hypertension: results of long-term follow-up in the Rheos Pivotal Trial. Journal of the American Society of Hypertension 6(2) 2012 152-158.
[5] Erbel R, et al. The Heinz Nixdorf Recall study. Bundesgesundheitsblatt Gesundheitsforschung Gesundheitsschutz 2012; 55 (6-7):809-15. 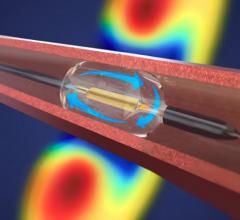 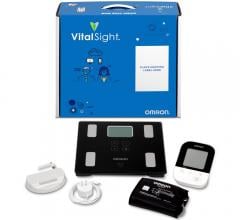 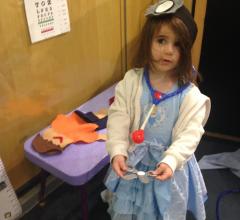