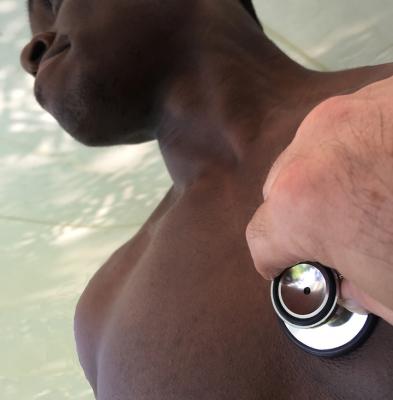 July 6, 2020 — Black patients who undergo percutaneous coronary intervention (PCI) are at an increased risk for major adverse outcomes, including death, compared to white patients. This is according to a study published today in the Journal of the American College of Cardiology (JACC): Cardiovascular Interventions.[1] The study underscores the high rates of cardiovascular disease and risk factors in minorities and continued need for further research on race-based outcomes after cardiovascular procedures, including PCI, to understand and alleviate these differences.

It has been several decades since racial differences in cardiovascular outcomes were first reported. Blacks consistently have higher rates of cardiovascular risk factors and adverse outcomes compared with non-Hispanic whites, and both Blacks and Hispanics have been associated with increased risk of cardiovascular diseases.

“The variables that may contribute to the greater cardiovascular risks in minorities are multifactorial,” said Gregg W. Stone, M.D., senior author of the study and professor of cardiology at the Icahn School of Medicine at Mount Sinai in New York. “The variables include risk factors (e.g., greater hypertension, smoking and diabetes, and differences in body mass index), differences in cardiac structure (e.g., coronary artery size and left ventricular mass) and socioeconomic considerations (e.g., reduced access to care and/or insurance coverage, lack of preventative care, disease awareness and education, delayed presentation when ill, and in some studies varying provision of care).”

While previous studies have suggested that short- and long-term outcomes after PCI vary by race and cannot be fully explained by different baseline risk factors and treatment characteristics, other studies have failed to show a significant association. Furthermore, since current raced-based PCI outcomes have been acquired from registries and single-center studies lacking central monitoring and event adjudication, the authors of this study sought to assess the presence of racial disparities in clinical characteristics and outcomes from a large patient-level pooled database.

Researchers in this study used data from the Cardiovascular Research Foundation (CRF) to analyze 10 prospective, randomized controlled trials with a combined total of 22,638 patients classified by race who underwent PCI. There were 20,585 (90.9%) white patients (reference group), 918 (4.1%) black patients, 404 (1.8%) Asian patients, and 473 (2.1%) Hispanic patients. Other races were excluded from the analysis due to small sample sizes. Baseline characteristics such as body mass index (BMI) and PCI outcomes at 30 days, one-year, and five-years were assessed. Principal outcomes of interest were all-cause death, myocardial infarction (MI), and major adverse cardiac events (MACE), defined as the composite of cardiac death, MI or ischemia-driven target lesion revascularization.

Study findings showed in the five-year follow up after PCI, the MACE rates were 23.9% in black patients compared with 18.8% in white patients, 21.5% in Hispanic patients and 11.2% in Asian patients. Multivariable analysis demonstrated an independent association between Black patients and five-year risk of MACE following PCI. Black patients also had higher rates of death in both the one- and five-year follow-ups after PCI compared to any other group. Results from the analysis showed that while enrolled in PCI, both Black and Hispanic patients had greater cardiovascular risk factors including diabetes, hypertension and hyperlipidemia than white and Asian patients.

“I am inherently optimistic, and I am hopeful that the increased societal attention to racial disparities prompted by recent social injustices will translate to improve health care and outcomes for minorities,” Stone said. “But it won't just happen without active concerted efforts to promote change and opportunity, a task for government, regulators, payors, hospital administrators, physicians and all health care providers.”

This study has several limitations, including black and Hispanic patients were underrepresented in the trials so there is a potential for some selection bias; socioeconomic factors were not captured, which may influence differences in the risk of adverse outcomes after PCI; and the term “Hispanic” was designated as a race and not ethnicity, thereby potentially limiting the differences in outcomes between Hispanics and other races. Because this study included racial disparities in the three largest minority groups, further studies are required to address other minority groups and ethnicities/subgroups.

“Achieving representative proportions of minorities in clinical trials is essential but has proven challenging,” Stone said. “We must ensure that adequate numbers of hospitals and providers that are serving these patients participate in multicenter trials, and trust has to be developed so that minority populations have confidence to enroll in studies. Language can be a barrier, requiring translation services and extra time and effort. Involvement of the families and primary care physicians who have an established relationship with patients in clinical trial discussions is useful... Finally, enrollment of non-Hispanic whites can be capped at a certain proportion of the total to ensure adequate enrollment of other racial and ethnic groups.”

In an accompanying editorial comment, Eric D. Peterson, M.D., MPH, professor of medicine in the Division of Cardiology at Duke University School of Medicine, said the study findings serve as a reminder of how large the racial gaps in cardiovascular disease treatments and outcomes are and continue to be.