Driving a Tesla Car Does Not Cause Defibrillator Shocks 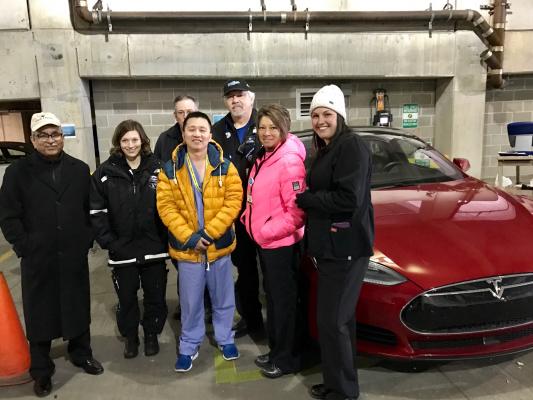 November 25, 2017 — Sitting in, or standing close to the charging port of a Tesla electric vehicle did not trigger a shock or interfere with implantable cardioverter defibrillator (ICD) performance, according to preliminary research presented at the 2017 American Heart Association (AHA) Scientific Sessions 2017.

Adjusting the defibrillators to both their least and most sensitive settings, the devices did not sense the electromagnetic signal from the electric vehicle battery when patients sat in the driver’s seat, passenger seat, backseat or at the charging post (where the electromagnetic interference is at its highest).

These findings suggest that electric vehicles may be safe to use for individuals with cardiac defibrillators, according to the principal investigator, Abdul Wase, M.D. and his team.