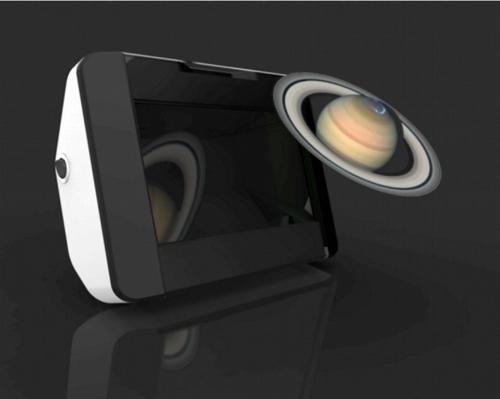 May 22, 2015 — Holographic Optical Technologies has made its Voxgram hologram technology available to the consumer market through its just-launched Kickstarter campaign.

The company is debuting its first consumer product through the campaign, the eight-inch Voxbox hologram viewer. This product is offered as a reward, along with its more established medical-grade unit, the Voxbox Pro.

Kickstarter backers may choose from a variety of prerecorded 3-D holograms, but the company also encourages its backers to think big, and is thus offering an option allowing backers to create their own custom holograms. According to the campaign, "nearly any set of 3-D data" can be made into a custom Voxgram hologram, including 3-D photographs, video game characters, or architectural and engineering models.

Tech-savvy backers will also be able to choose the company's Developer Kit as a reward. This kit includes all of the electronic and optical hardware needed to build a Voxbox hologram viewer, and the 3-D printer files needed to produce the viewer's structural components and exterior housing. The company invites backers to incorporate the Voxgram Developer Kit to their own creative projects, and hopes to make low-cost holography accessible to all.

The company's larger, 22-inch Voxbox Pro is being offered at a discounted rate to encourage physicians and professionals to bring holography into their practices. Medical holography has obvious benefits to physicians for diagnostic purposes, and patients can also benefit the most from seeing a hologram. When a patient sees a Voxgram hologram, they immediately have a better understanding of their condition versus viewing other forms of medical imaging such as 2-D images from computed tomography (CT) and magnetic resonance (MR) scans. The company hopes to use this campaign as a showcase for how true 3-D holography may enter mainstream culture. 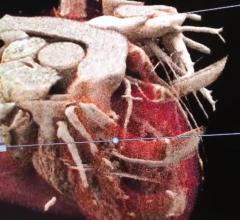 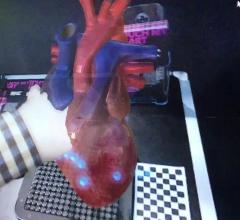 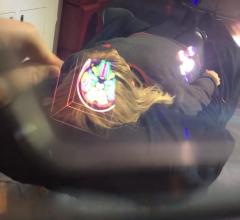 Sophisticated report templates with auto-population of data, such as the Infinitt Cardiology PACS Vascular Imaging with Cerebrovascular Carotid Report, have reduced errors and vastly improved data management at Warren Hospital.

These are the multimodality images (i.e., 2-D, 3-D ultrasound, CT and MR) of a papillary fibroelastoma that were presented online from Memorial Hospital of Tampa, Fla., to a physician in Greenville, N.C., for evaluation for robotic surgery.