Large study shows even small leaks were associated with a higher rate of adverse events. 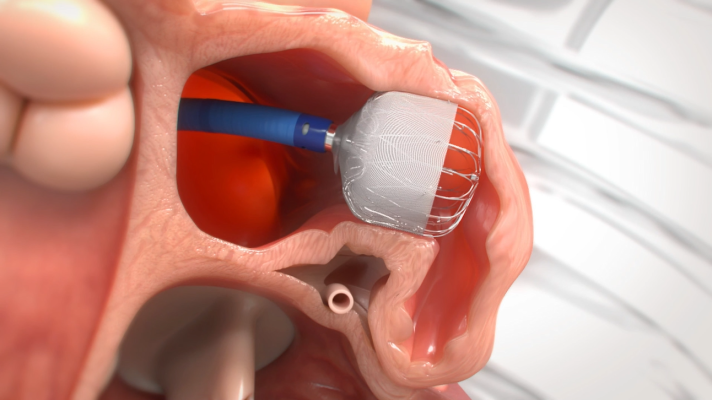 April 12, 2022 –  Patients who had leakage to the left atrial appendage due to incomplete device sealing after left atrial appendage occlusion (LAAO) experienced more clotting and bleeding events within a year following their procedure compared with patients who had no leaking, according to a study presented at the American College of Cardiology’s 71st Annual Scientific Session.

The study, which included data from more than 50,000 patients, is by far the largest to date to assess how leaking after LAAO affects the likelihood of adverse health outcomes. The results suggest that even small leaks are associated with a 10%-15% higher risk of adverse events.

“Our study shows that any leak matters, and we should find ways to optimize the procedure to minimize the proportion of patients who end up with leaks,” said Mohamad Alkhouli, MD, professor of medicine at Mayo Clinic and the study’s lead author. “Because this is a preventative procedure, it is important to find ways to master this and prevent leaks from happening. Fortunately, there are indications that leaking might be less common with newer devices and improved techniques.”

Stroke is a major concern in patients with atrial fibrillation (AFib), the most common heart rhythm disorder. Blood thinners are the primary medical option for reducing the risk of strokes, which are caused when a blood clot blocks an artery in the brain; however, blood thinners are not suitable for many patients due to drug interactions, bleeding complications, cost, frequent blood checks with warfarin or other reasons. The WATCHMAN device, approved by the U.S. Food and Drug Administration in 2015, is designed to help prevent strokes by sealing off the heart’s left atrial appendage where blood can pool and clot. It is now widely used to reduce the risk of stroke in patients with AFib who cannot tolerate long-term use of blood thinners.

For the study, researchers analyzed data from 51,333 patients who underwent LAAO procedures with the WATCHMAN device between 2016-2019 as recorded in the ACC’s LAAO Registry, a database that includes nearly all LAAO procedures conducted in the U.S. and is part of the College’s NCDR registries. Echocardiograms were used to classify the size of any leaks around the device an average of 45 days after a LAAO procedure, a standard part of the clinical follow-up for this procedure. Registry data also included information about subsequent adverse health events occurring in the years after the procedure.

The study revealed no significant differences in the rate of adverse events between patients with large leaks and those with small or no leaks, which Alkhouli said is likely due to the use of anticoagulants in these patients. Instructions for the WATCHMAN device indicate that patients who have residual leaks greater than 5 millimeters across should be considered to have a failed procedure, and they are generally treated with anticoagulants.

Alkhouli said leaking is relatively common with LAAO procedures because the size and shape of the left atrial appendage varies widely from person to person, which can make it difficult for operators to position the device in a way that completely seals off the appendage. He noted that the shape of the appendage portion where the leaked blood flows into could affect the associated risks. More recent technologies, such as the use of CT scans to image the appendage and software that allows users to practice the procedure virtually before operating on a patient, could help operators place the WATCHMAN device in a more optimal position. Alkhouli said newer generation WATCHMAN device designs, which were introduced in 2021, could also help to reduce the risk in some patients.

The study was based on registry data reflecting real-world practices, meaning variations in the measurement of leaks could exist and may impact the results of the study, Alkhouli said. He added that future studies could help clarify whether using blood thinners in some patients with leaks smaller than 5 millimeters would be helpful in reducing stroke risk.

This study was simultaneously published online in the JACC: Clinical Electrophysiology at the time of presentation. The study was funded by Boston Scientific, maker of the WATCHMAN device.