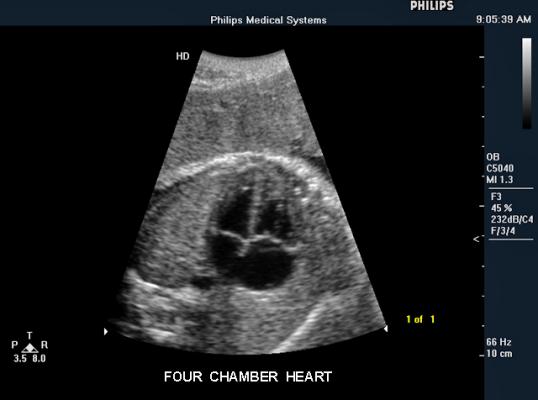 Congenital heart disease in adults is becoming more common as childhood treatments become more effective, according to a study from Penn State Hershey.

March 12, 2015 — At one time, many children born with congenital heart disease (CHD) suffered from issues that carried fatal prognoses. Thanks to technological advancements in the past 30 to 40 years, Elizabeth Adams, M.D., of Penn State Hershey Children's Heart Group, can predict that a child born today has a 90 percent chance of living to adulthood, even with severe CHD.

"Most children with CHD are now living to adulthood and historically that has not been the case," she said.

The Adult Congenital Heart Association (ACHA) now reports that there are an estimated 2 million adults living with CHD in the United States, meaning that, for the first time ever, there are more adults than children with CHD.

Affecting about 1 percent of the population, CHD is a genetic condition and is present from birth.

"Most of what we're talking about are structural problems with the way the heart is formed – hearts that are missing chambers, hearts that have narrow or leaky valves, or structures that are not in the right place," Adams said.

Early detection is possible today due to sophisticated ultrasound capabilities that are now commonly used and allow doctors to find the majority of the cases prenatally.

"For example, if a baby is born today with a narrow pulmonary valve, that child will probably not need surgery," Adams said.

The child would undergo a cardiac catheter procedure where a balloon is inserted into the valve to open it without an operation. In some cases, adult valve replacement or repairing small holes can be done via catheter as well.

"Instead of a week in the hospital, it's one night plus a week of recovery time instead of a couple of months," Adams said.

The incidence of congenital heart disease is increasing slightly, probably related to better detection, and in some cases, genetic transmission of cases from parent to child.

Researchers are currently trying to understand the ways in which congenital heart defects are transmitted and why some are more likely to be passed on to offspring than others.