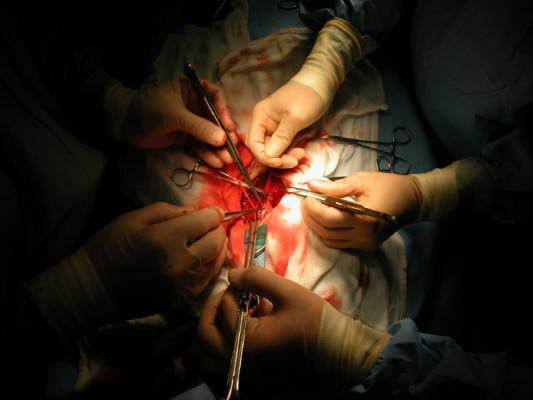 The findings — presented March 16 at the American College of Cardiology 64th Annual Scientific Sessions in San Diego and published simultaneously in the New England Journal of Medicine (NEJM) — show a significant amount of patients were free from atrial fibrillation after one year when they received an additional surgical ablation procedure instead of mitral valve surgery alone. Also, the study showed no significant increase in mortality, adverse cardiac events or hospitalizations by adding a surgical ablation procedure to disrupt chaotic electrical signals from atrial fibrillation, which can cause abnormal heart rhythms.

“I think what this shows is that, in the mitral valve surgery patient who has persistent atrial fibrillation, you will achieve better rhythm control by performing ablation, without any increase in mortality or other adverse cardiac events,” said Marc Gillinov, M.D., the Judith Dion Pyle Chair in Heart Valve Research at Cleveland Clinic and the study’s lead author who presented the study.

Approximately 30-50 percent of patients who undergo mitral valve surgery to repair their weak, leaky or hardened valve experience atrial fibrillation, which is a dangerous heart rhythm disorder linked to increased risk of death and stroke. Currently, evidence regarding the safety and effectiveness of surgical ablation has been limited, leading to considerable variation in its use at the time of mitral valve surgery.

“The good news is that a significant proportion of mitral valve surgery patients with atrial fibrillation are already receiving the additional surgical ablation therapy,” said Michael Argenziano, M.D., section chief of adult cardiac surgery at NewYork- Presbyterian/Columbia University Medical Center, associate professor of surgery at Columbia University Medical Center and the study’s senior author. “Our study’s results support this practice and will hopefully lead to even greater adoption of this procedure, allowing more surgical patients to avoid the risks associated with atrial fibrillation.”

“The only downside associated with surgical ablation was a 2.5 times greater likelihood of needing a pacemaker implant in the year following their surgery,” said Annetine C. Gelijns, Ph.D., professor and chair of the Department of Population Health Science and Policy at Icahn School of Medicine at Mount Sinai; Gelijns is the corresponding author for the NEJM study and principal investigator for the Data and Clinical Coordinating Center based at Mount Sinai for the NIH-sponsored Cardiothoracic Surgical Trials Network (CTSN). “As such, patients will have to weigh the benefits of a higher probability of being free of atrial fibrillation — with a reduction in its associated complications — versus the higher likelihood of receiving pacemakers.”

This CTSN trial was conducted at eight core clinical centers in the United States and Canada.