Monitoring for Individual Triggers May Reduce Episodes of Atrial Fibrillation 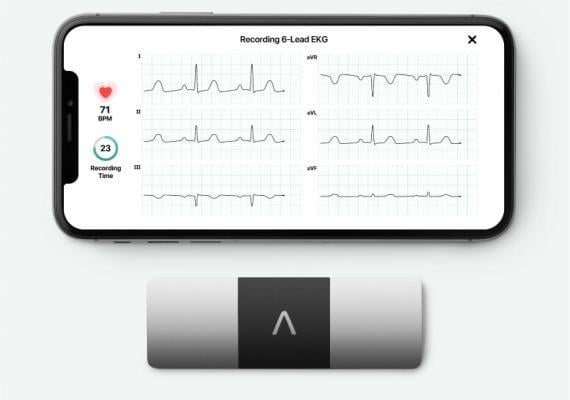 The I-STOP-AF study used smartphone-based ECG monitoring system so patients could remotely send ECGs to clinicians for review. The AliveCor system is an example of a 6-lead ECG that patients can perform on their mobile device.

In the I-STOP-AF Trial, “Individualized Studies of Triggers of Atrial Fibrillation: A Randomized Controlled Trial,” researchers set out to determine whether monitoring potential triggers could reduce AFib episodes.

“There has been little research done on whether perceived triggers of AFib actually lead to AFib episodes,” said Gregory Marcus, M.D., M.A.S., the study’s lead author, a professor of medicine at the University of California, San Francisco School of Medicine and associate chief of cardiology for research at UCSF Health. “Our research team aimed to determine whether perceived triggers equate to actual triggers—and whether tracking triggers for AFib could lead to fewer episodes.”

Researchers initially enrolled 446 participants in the trial, with 320 completing the study. They performed a remote, mobile application-based trial, and patients were randomly assigned to either monitor their AFib episodes without tracking their presumed triggers, or to test whether specific “triggers” affected or caused atrial fibrillation episodes. The comparison took place over a 10-week period, with both groups of patients using a specific device to monitor or track AFib triggers.

Participants who tested specific AFib triggers could select from a menu of triggers—or write in a personalized trigger at the start of the study. The testing group then received instructions to either expose themselves or to avoid a specific trigger (alcohol, caffeine, less sleep, etc.) during a given week. This process was randomized over a six-week period, and all participants reported daily about any atrial fibrillation episodes.

At the conclusion of the first six weeks of the trial, participants received their results on the probability that their presumed trigger did or did not influence the chance of experiencing an AFib episode. All participants were then given the option to continue to test potential AFib triggers. Those who had been tracking AFib episodes could now also test a specific trigger for an individualized study. At the end of week 10 of the trial, both groups completed a questionnaire about the severity of their atrial fibrillation.

The study’s findings include:

“As this was the first study to tackle this idea, there are many lessons we have learned that future studies could build upon,” said Marcus. “We also had a unique opportunity to work closely with patients who have atrial fibrillation including several atrial fibrillation patients who are now co-authors of the study. It’s important for us, as health care professionals, to focus on patient-centered outcomes.”

Marcus says these findings point to the need for more real-time assessments, such as those available to the study participants who had access to daily, text-based surveys. The research team also believes assessments of possible AFib triggers can empower patients by alerting them to behaviors they can change in their daily lives.

Several limitations were noted for the study. First, all study participants did not complete all assessments, particularly for the daily, smartphone-based ECG monitoring. The study relied on self-reported responses to determine compliance with AFib trigger testing assignments. Additionally, because the study was dependent on participants use of their own smartphones, the findings may not be generalizable to patients without access to these devices.

The study was funded by the Patient Outcomes Research Center.