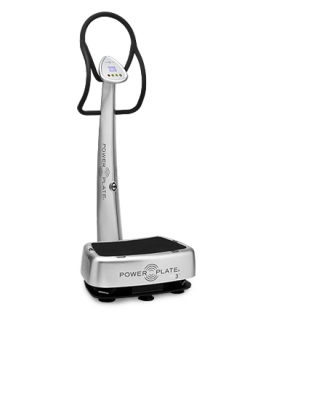 May 19, 2014 — Six independent studies published within the past 10 years have shown a link between whole body vibration and lowered blood pressure. The most recent, published by Florida State University researchers in the European Journal of Applied Physiology, involved stroke survivors with paralyzed lower limbs using Power Plate advanced whole body vibration equipment. Although paralysis prohibited the study subjects from doing anything more than a standard squat on the Power Plate, they still received the benefit of lower blood pressure.

"Cardiovascular exercise strengthens the heart, allowing it to pump more blood through the arteries. But that's only a partial solution," Jaquish asserts. "The true culprit in hypertension, and increased risk of heart attack and stroke, is atherosclerosis. And conventional exercise has never been shown to affect arterial stiffness to a significant degree."

Whole body vibration, conversely, has been demonstrated to reduce hardening of the arteries in study after study, among populations ranging from men in their mid-twenties to postmenopausal women. And in each study, the subjects' blood pressure was lowered significantly.

High blood pressure, or hypertension, afflicts 68 million Americans age 18 and older, nearly 30 percent of the population. By age 60, that percentage increases to 65 percent. Hypertension is a direct consequence of atherosclerosis, and the primary risk factor for heart attack and stroke, the two leading causes of death in the developed world. As arteries lose their flexibility, they do not move as they should to accommodate blood flow. This raises blood pressure and makes the heart work harder, increasing the likelihood an individual will have a life-threatening cardiac incident.

Until a decade ago, most research revolved around pharmaceutical interventions for decreasing stiffness of arteries and lowering blood pressure. In 2005, however, researchers in Japan found that reflexive muscular engagement through whole body vibration exercise significantly increased blood flow and oxygenation. Three years later, a different group of Japanese researchers found using Power Plate acutely decreased arterial stiffness among males in their mid-twenties. And in 2011, Arturo Figueroa, M.D., Ph.D., an associate professor at Florida State University, showed a decrease in arterial stiffness in young obese/overweight females using Power Plate, a group that differed from previous study groups in that they are often not able to engage in conventional exercise. Figueroa demonstrated similar results among postmenopausal women in a study published earlier this year in the Journal of Human Hypertension. 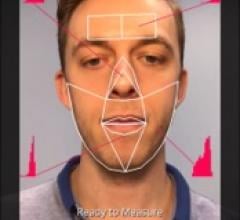 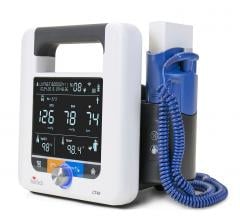 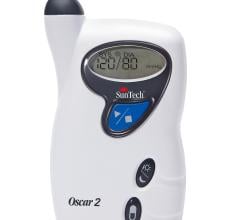 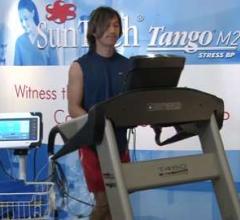