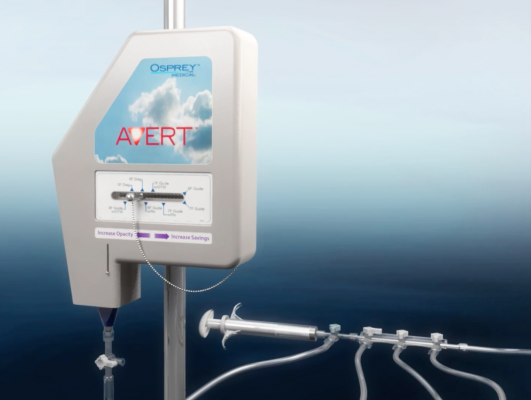 May 13, 2016 — In the largest study of its kind, a new device has been found to significantly reduce the volume of radiographic iodine-based contrast without decreasing image quality in patients who are at risk of developing acute kidney injury (AKI) after undergoing a coronary angiography or percutaneous coronary intervention (PCI). The device — known as Avert — did not, however, reduce contrast-induced AKI (CI-AKI).

The AVERT study results were presented as a late-breaking clinical trial at the Society for Cardiovascular Angiography and Interventions (SCAI) 2016 Scientific Sessions.

CI-AKI is the sudden deterioration in renal function that can occur after the administration of contrast media volume (CMV) — during an interventional cardiac procedure. CI-AKI is associated with increased morbidity and mortality, and affects an estimated 20 to 30 percent of patients, particularly those with diabetes or previous renal impairment. Minimizing CMV in patients at risk of AKI is a critical preventative measure.

“Physicians are extremely careful about the volume of dye they administer to patients; the greater the volume, the more problems a physician can encounter,” said Roxana Mehran, M.D., FSCAI, director of interventional cardiovascular research and clinical trials at the Zena and Michael A. Wiener Cardiovascular Institute, Icahn School of Medicine at Mount Sinai, and the study’s lead author.

With the Avert system, the operator can control the volume of contrast used during an interventional procedure. Once the appropriate amount of contrast has been injected into the coronary, the remaining dye goes into a reservoir, rather than into the aorta.

The prospective, randomized multi-center study enrolled 578 patients, at 39 sites, who were considered to be at risk of CI-AKI while undergoing coronary angiography with or without PCI. The treatment group (n=292) included hydration and Avert; the control group (n=286) received hydration only. The study’s objectives were to assess total CMV used and determine the incidence of CI-AKI, which was defined as a 0.3 mg/dl increase in serum creatinine within 72 hours post-procedure.

“The bottom line is the Avert system is safe, easy to use and reduces contrast media volume without sacrificing image quality,” Mehran said. “While the use of this device did not result in a significant reduction of CI-AKI, there was one exception. A post-hoc analysis showed that in certain groups — patients with a GFR between 40-60 — CI-AKI was significantly reduced. The next step would be to study patients with moderate chronic kidney disease in a prospective randomized trial.”

Mehran reported a research grant from Osprey Medical for this study.