RSNA Showcases a Century of Radiology

2014 meeting will highlight history of radiology, role of RSNA 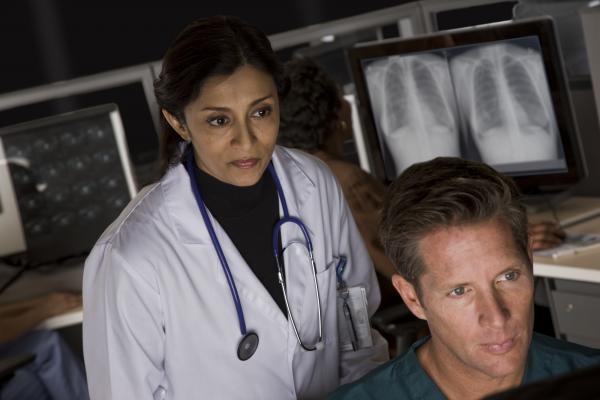 November 5, 2014 — The Radiological Society of North America (RSNA) will officially kick off its 100th annual meeting and scientific assembly (Nov. 30 – Dec. 5, McCormick Place, Chicago) with a look back on the role RSNA has played in the history of radiology, brought to life in the RSNA Centennial Showcase.

A free-flowing interactive exhibit that will interweave the history of RSNA with the development of radiologic science and technology, the Centennial Showcase will give visitors an opportunity to explore radiology’s achievements and immerse themselves in RSNA’s history.

“I am especially excited about the Centennial Showcase, which will feature historic science, education and technology, and ‘Cases of the Century,’ which allow attendees to try their hand at diagnosing ‘vintage’ images using no more than the tools radiologists of the past had at hand,” said Ronald L. Arenson, M.D., 2015 RSNA president-elect and co-chair of the RSNA Centennial Committee.

In addition to “Cases of the Century,” the Centennial Showcase will include “Our Milestones,” where RSNA’s defining moments are presented in a compelling multimedia presentation; “Art and Science,” a collection of captivating and artistically rendered medical images; “Roentgen’s Welcome,” featuring a virtual incarnation of the father of radiology; and the “Centennial Galleries,” focusing on RSNA’s defining principles — community, education, research, innovation, and patient care — and housing rare pieces of vintage radiology equipment.

One hundred years can hold a multitude of memories, so the showcase offers a memory book where visitors can share their stories and read what others have shared.

Other activities planned for the centennial celebration at RSNA 2014 include the ticketed Sip and Savor Social in the Skyline Ballroom on Wednesday, Dec. 3, with drinks, entertainment and tastings by 18 of Chicago’s top restaurants.

On Sunday, Nov. 30, at 11 a.m., the technical exhibits halls will open with a ceremony where leaders from RSNA and industry partners will celebrate a century of the technology and innovation that changed the world of radiology.

The technical exhibit floor will include two Centennial-themed exhibits: a collection of X-ray art by Arie van’t Riet and a replica of Wilhelm Roentgen’s lab.

Centennial-themed items will be available for purchase in the RSNA store, located in RSNA services.

Offerings outside the annual meeting include a centennial website with a timeline focusing on key milestones in the history of RSNA and radiology. Users may click on a milestone to explore images and descriptions or add their own unique story to the public milestone section. The website will also feature digital highlights from the Centennial Showcase.

In addition, a special supplement, “Exploring the Evolution of Imaging,” will accompany the November issue of RSNA’s peer-reviewed journal Radiology.