Shimadzu Medical Systems USA, a subsidiary of Shimadzu Corporation, receives a 2015 Best in KLAS award for the X-Ray Segment Category.

Based on evaluations submitted by thousands of healthcare providers in and outside the United States over the past 12 months, KLAS rankings measure a vendor's performance in areas like product quality, implementation, and service and support. A Best in KLAS award is reserved for top-rated companies in a select group of the largest and most impactful market segments.

Shimadzu Medical Systems USA, has been bestowed the 2015 "Best in KLAS" achievement award for the X-ray Segment category for 2015. "This is the first year that KLAS has an all-in segment category award," said Tom Kloetzly, Shimadzu's vice president of national sales & marketing. "We have received the "Best in KLAS" achievement award for the RADspeed table system in the "digital X-ray" category five out of six years", Kloetzly stated. The RADspeed DR table was awarded the "Best in KLAS" in 2009, 2010, 2011, 2012 and 2014 prior to this new award by KLAS.

Shimadzu's trend setting MobileDaRt Evolution Wireless was awarded the "Category Leader" for Digital X-Ray – Mobile, 3 out of four years (with the first award presented in 2011). Shimadzu Medical Systems USA President, Tetsuo Imanishi explains how " this new award by KLAS for "Best In KLAS" for the X-Ray Segment, considers all the products within the X-Ray group which includes both the RADspeed DR table and the MobileDaRt Evolution EFX systems. We are extremely happy and honored to receive such an award. 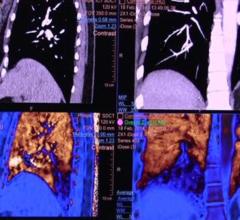