Many patients unaware of benefits of deactivating implantable cardioverter defibrillator 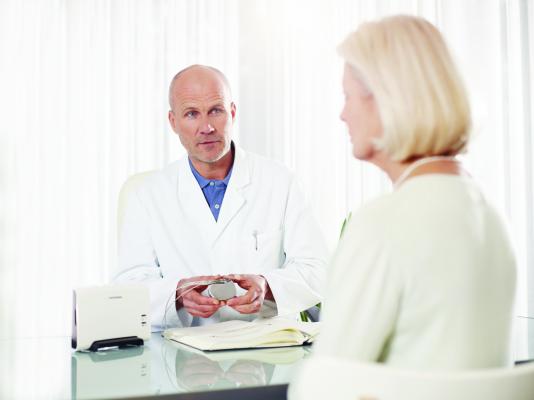 April 3, 2016 — Many patients who have an implantable cardioverter defibrillator (ICD) are unaware the device can be deactivated to prevent painful shocks in their final days of life, according to two new studies. Both studies are scheduled for presentation at the American College of Cardiology’s 65th Annual Scientific Session.

The Heart Rhythm Society and the European Society of Cardiology have issued recommendations encouraging physicians to inform patients about the benefits of deactivating an ICD when death is near, yet recent studies show that up to 31 percent of people with an ICD receive shocks in their last day of life. Two new studies add further evidence that doctors are not consistently implementing these recommendations, which the authors said may reflect a reticence to engage in difficult discussions about end-of-life decisions.

“When you reach the stage of palliative care, sometimes the ICD doesn’t have a role in caregiving anymore,” said Dilek Yilmaz, M.D., a Ph.D. fellow in cardiology at the Heart and Lung Center of Leiden University Medical Center in the Netherlands and lead author of one of the studies. “If a person is dying of a terminal cancer, for example, the ICD is not going to prolong their life, but it is fairly likely to cause pain in their last hours and prevent them from having a peaceful death.”

ICDs are battery-powered, surgically implanted devices used to prevent sudden death in people with certain conditions, such as sustained ventricular tachycardia or fibrillation, that put them at risk for life-threatening heart rhythms. If the device detects a dangerous heart rhythm, it issues a shock to restore a normal heartbeat. ICDs are extremely common, with 10,000 implanted each month in the United States alone, according to the American Heart Association.

The device can be deactivated using a computer in any cardiologist’s office, with no need for additional surgical intervention. Because ICDs do not maintain the heart rhythm on an ongoing basis like a pacemaker does, deactivating the device does not actively hasten death. However, if a patient experiences a dangerous heart rhythm — a common occurrence during the natural course of death from any cause — a deactivated ICD will not intervene to rescue the patient.

“These shocks are often much more frequent on the patient’s last day than any other day of their life,” said Silvia del Castillo, M.D., a cardiologist at Hospital Universitario de Fuenlabrada in Madrid and lead author of the second study. “I think it’s cruel in many cases to leave the ICD on until the very end, and when doctors don’t provide enough information about deactivation or delay that conversation until the final hours, it undercuts the patient’s right to make their own decisions.”

The two studies, conducted independently in the Netherlands and in Spain, revealed similar patterns. Study authors said the situation in the United States is likely to be similar, as well.

For the study conducted in Spain, del Castillo and her colleagues surveyed 243 patients with ICDs during clinic visits at three Spanish hospitals. While most respondents showed a high level of understanding about what an ICD is and what it does, far fewer demonstrated a clear understanding of the option to deactivate the ICD or what would happen if it were to be deactivated. Sixty-eight percent assumed shocks were inevitable in the presence of an abnormal heart rhythm, and 21 percent incorrectly believed that deactivation would lead to immediate cardiac arrest. Just 38 percent were aware that they could decide to deactivate their ICD after consulting with their doctor, and only 37 percent knew that ICD deactivation is ethically appropriate and recommended by major scientific societies.

In the study conducted in the Netherlands, Yilmaz and her colleagues surveyed 328 patients with ICDs during a patient educational symposium. Although 73 percent were aware that their ICD could be deactivated, just 12 percent had consulted with their doctors about the matter. Neither of the studies revealed trends in terms of factors such as gender or level of education playing a role.

Both study authors attribute the findings to communication gaps and cultural challenges around end-of- life planning.

“As doctors, we are focused on healing the patient and saving lives,” del Castillo said. “It’s hard to talk about death and to explain that this therapy that can save their life now could be harmful to them later. Because we have a hard time talking to patients about this, in the end doctors often make the decision about ICD deactivation alone or with the family, instead of with the person who should be the real decision-maker, the patient.”

The best time to begin the conversation about ICD deactivation, according to the studies’ authors, is around the time when the ICD is being implanted, which is often many years before a patient’s death. Then it can be mentioned again during follow-up visits or when someone receives a terminal diagnosis.

“These shocks are painful for the patient and also painful for their family to witness,” Yilmaz said. “As a doctor, if you don’t even discuss it with your patient, you could be denying them the opportunity for a peaceful death.”

Because many people spend their final days in hospice or under the care of a medical team that does not include their cardiologist, there is often no opportunity to deactivate an ICD before death unless the patient or the patient’s family has previously been made aware of that option and decides to actively pursue it. This context underscores the need for cardiologists to inform patients of the option of deactivation and its benefits early on, the researchers said.