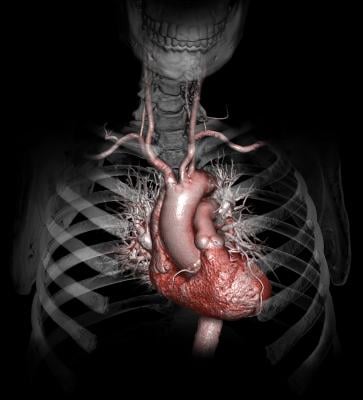 December 22, 2015 — In 2015, results from the ITALIC and CvLPRIT trials, along with studies examining lifestyle factors contributing to heart failure, obstructive sleep apnea on atrial fibrillation recurrence and full body MRI in patients with an implantable cardioverter defibrillator (ICD) were among the top accessed research studies in the five journals published by the American College of Cardiology.

“We are proud of the large number of strong trials that we have published this year across the JACC journals,” said JACC Editor-in-Chief Valentin Fuster, M.D., Ph.D. “While the topics that readers accessed the most in JACC in 2015 focused on interventional cardiology and intervention with cardiac defibrillators, I predict that in the coming years cardiologists will be equally interested in studies that focus on cardiac disease prevention and health promotion.”

To reflect back on the year, the ACC prepared this list of the most accessed articles from the family of JACC journals in 2015.

JOURNAL OF THE AMERICAN COLLEGE OF CARDIOLOGY:

•  Six- Versus 24-Month Dual Antiplatelet Therapy After Implantation of Drug-Eluting Stents in Patients Nonresistant to Aspirin: The Randomized, Multicenter ITALIC Trial (doi:10.1016/j.jacc.2014.11.008) — Conclusion: Rates of bleeding and thrombotic events were not significantly different according to six- versus 24-month DAPT after PCI with new-generation DES in good aspirin responders.

• Randomized Trial of Complete Versus Lesion-Only Revascularization in Patients Undergoing Primary Percutaneous Coronary Intervention for STEMI and Multivessel Disease: The CvLPRIT Trial (doi:10.1016/j.jacc.2014.12.038) — Conclusion: In patients presenting for P-PCI with multivessel disease, index admission complete revascularization significantly lowered the rate of the composite primary endpoint at 12 months compared with treating only the IRA. In such patients, inpatient total revascularization may be considered, but larger clinical trials are required to confirm this result and specifically address whether this strategy is associated with improved survival.

• Full-Body MRI in Patients With an Implantable Cardioverter-Defibrillator: Primary Results of a Randomized Study (doi:10.1016/j.jacc.2015.04.047) — Conclusion: This is the first randomized clinical study of an ICD system designed for full-body MRI at 1.5-T. These data support that the system is safe and the MRI scan does not adversely affect electrical performance or efficacy.

• Safety and Efficacy of the Totally Subcutaneous Implantable Defibrillator: Two-Year Results From a Pooled Analysis of the IDE Study and EFFORTLESS Registry (doi:10.1016/j.jacc.2015.02.047) —   Conclusion: The S-ICD demonstrated high efficacy for VT/VF. Complications and inappropriate shock rates were reduced consistently with strategic programming and as operator experience increased. These data provide further evidence for the safety and efficacy of the S-ICD.

• Oral Anticoagulation, Aspirin, or No Therapy in Patients With Nonvalvular AF With 0 or 1 Stroke Risk Factor Based on the CHA2DS2-VASc Score (doi:10.1016/j.jacc.2015.01.044) — Conclusion: Low-risk patients (CHA2DS2-VASc = 0 [male], 1 [female]) have a truly low risk for stroke and bleeding. With 1 additional stroke risk factor (CHA2DS2-VASc = 1 [male], = 2 [female]), there was a significant increase in event rates (particularly mortality) if nonanticoagulated.

• Benefit of Anticoagulation Unlikely in Patients With Atrial Fibrillation and a CHAS2DS2VASc Score of 1 (doi:10.1016/j.jacc.2014.10.052) — Conclusion: The risk of ischemic stroke in patients with AF and a CHA2DS2-VASc score of 1 seems to be lower than previously reported.

• Dose of Jogging and Long-Term Mortality: The Copenhagen City Heart Study (doi:10.1016/j.jacc.2014.11.023) — Conclusion: The findings suggest a U-shaped association between all-cause mortality and dose of jogging as calibrated by pace, quantity, and frequency of jogging. Light and moderate joggers have lower mortality than sedentary nonjoggers, whereas strenuous joggers have a mortality rate not statistically different from that of the sedentary group.

• Duration of Dual Antiplatelet Therapy After Drug-Eluting Stent Implantation: A Systematic Review and Meta-Analysis of Randomized Controlled Trials (doi:10.1016/j.jacc.2015.01.039) — Conclusion: S-DAPT had overall lower rates of bleeding yet higher rates of stent thrombosis compared with L-DAPT; the latter effect was significantly attenuated with the use of second-generation DES, although the analysis may have been limited by the varying DAPT durations among studies. All-cause mortality was numerically higher with L-DAPT without reaching statistical significance. Prolonging DAPT requires careful assessment of the trade-off between ischemic and bleeding complications.

• Effect of Obstructive Sleep Apnea Treatment on Atrial Fibrillation Recurrence: A Meta-Analysis (doi:10.1016/j.jacep.2015.02.014) — Conclusion: The use of CPAP is associated with significant reduction in recurrence of AF in patients with OSA. This effect remains consistent and similar across patient populations irrespective of whether they undergo PVI.

• Simplified Method for Vagal Effect Evaluation in Cardiac Ablation and Electrophysiological Procedures (doi:10.1016/j.jacep.2015.06.008) — Conclusion: The vagal stimulation was feasible, easy, and reliable, and showed no complications. It may be repeated during the procedure to control the denervation degree without residual effect. It could be a suitable tool for vagal denervation confirmation or autonomic tests during electrophysiological studies. Ablation without parasympathetic denervation did not change the vagal response.

• Annular Rupture During Transcatheter Aortic Valve Replacement: Classification, Pathophysiology, Diagnostics, Treatment Approaches, and Prevention (doi:10.1016/j.jcin.2015.07.020) — The planning of revascularization strategy for multivessel coronary artery disease (CAD) in nondiabetic patients is optimally made through considering the goals of improving survival and/or relieving symptoms. Drs. Weintraub and Tcheng and colleagues were asked to defend or critique the current guidelines.

• Outcomes With Cangrelor Versus Clopidogrel on a Background of Bivalirudin: Insights From the CHAMPION PHOENIX (A Clinical Trial Comparing Cangrelor to Clopidogrel Standard Therapy in Subjects Who Require Percutaneous Coronary Intervention [PCI]) (doi:10.1016/j.jcin.2014.09.025) — Conclusion: Cangrelor may offer an attractive benefit risk profile when used in combination with bivalirudin.

• Late Gadolinium Enhancement Among Survivors of Sudden Cardiac Arrest (doi:10.1016/j.jcmg.2014.11.017) — Conclusion: Among patients with SCA, CMR with contrast identified LGE in 71% and provided a potential arrhythmic substrate in 76%. In follow-up, both the presence and extent of LGE identified a group at markedly increased risk of future adverse events.

• Native T1 in Discrimination of Acute and Convalescent Stages in Patients With Clinical Diagnosis of Myocarditis: A Proposed Diagnostic Algorithm Using CMR (doi:10.1016/j.jcmg.2014.11.017) — Conclusion: Among patients with SCA, CMR with contrast identified LGE in 71% and provided a potential arrhythmic substrate in 76%. In follow-up, both the presence and extent of LGE identified a group at markedly increased risk of future adverse events.