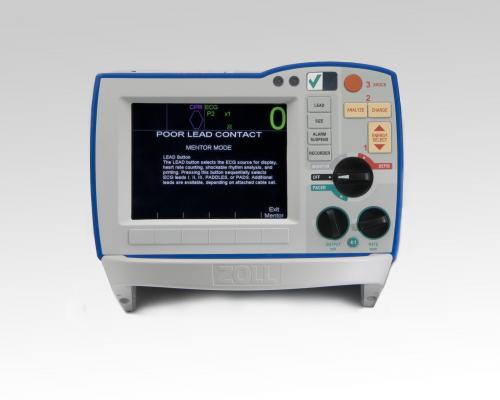 AZM, a Zoll company established two years ago to pursue the regulatory approval, sale and marketing of Zoll products in Japan, will begin marketing and selling the R Series in early 2015. The R Series in U.S. hospitals goes beyond defibrillation and incorporates a complete suite of tools to assist with the delivery of high-quality CPR.

The R Series Code-Ready units are designed to assist personnel in delivering resuscitation to every hospital department. The R Series offers rescuers a CPR Dashboard to monitor depth, rate, release and perfusion, as well as audible prompts for depth and rate. In addition a See-Thru CPR filter removes CPR artifact and enables rescuers to see the underlying rhythm, reducing the duration of pauses. Because less than 25 percent of in-hospital patients in cardiac arrest have shockable rhythms, the ability to deliver high-quality CPR is critical to survival.

“We are very excited to introduce the market-leading R Series to Japan and to continue to offer innovative technologies and devices for acute critical care to this major market,” said Jonathan A. Rennert, president of ZOLL. “Since defibrillators are widely distributed throughout hospitals, and their use is both infrequent and extremely critical, code readiness helps clinicians save more lives. By granting Shonin approval, the Japanese Ministry of Health, Labour and Welfare now makes the R Series available to clinicians throughout Japan.”