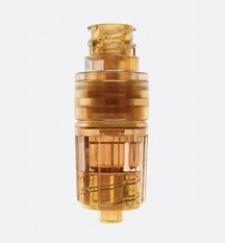 The company says the new device has been shown to kill 99.9 percent of specific common pathogens known to cause catheter-related bloodstream infections, including the highly treatment-resistant bacteria called Methicillin-resistant Staphylococcus aureus, or MRSA. The Centers for Disease Control and Prevention (CDC) recently reported MRSA infections cause an estimated 18,650 deaths per year in the U.S., which are more deaths in the U.S. per year than HIV/AIDS.

Baxter plans to launch the V-Link device with VitalShield coating in the U.S. beginning in the first half of 2008 and will expand to global markets later in the year.