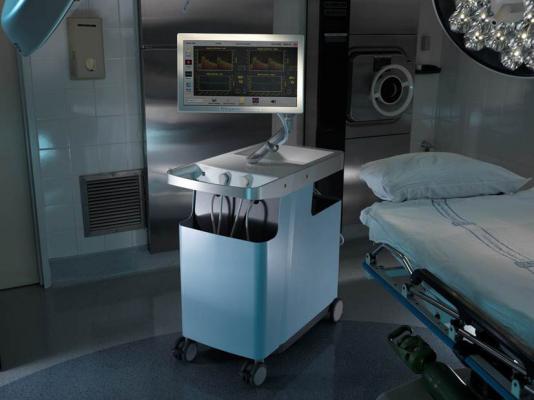 The Presto 1000 flow monitor is designed to allow any clinician to perform mid cerebral cranial blood flow monitoring, freeing institutions to more efficiently deploy sonographers who are required less often for the system. It is also designed to replace periodic measurement with continuous monitoring.

"The Presto 1000 flow monitor will help with ICU and surgical patients by detecting abnormal changes in cerebral blood flow and alerting the attending nurse, bringing further institutional resources to diagnose the cause. These flow anomalies may be indicators of severe conditions such as vasospasm from aneurysm ruptures or head trauma, disturbances with brain auto-regulation or MCA blood clots," said Brad Harlow, CEO of PhysioSonics.

PhysioSonics uses its proprietary "Flash" Doppler for the monitoring functions. The addition of Flash, with the transducers attached to headset, assists in locating and maintaining the flow of information from mid cerebral arteries.

The company has 33 U.S. and foreign patents covering its technology. It has been the recipient of DARPA and NIH funding to use PhysioSonics technology to study head trauma, traumatic brain injury and bi-lateral flow monitoring.

PhysioSonics has developed a non-invasive, long-term cerebral blood flow (CBF) Platform. Utilizing novel ultrasound technology, the company has developed a new method that enables the device to locate and hold on the cerebral artery without a trained sonographer. This auto-locating ultrasound technology thus enables an easy-to-use method for the continuous monitoring of CBF. Future uses of this platform may include emboli detection and non-invasive intracranial pressure monitoring, both of which will require additional FDA submissions. 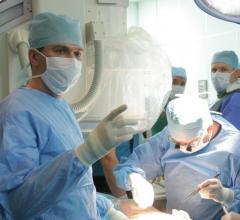 The heart team approach was first used on a large scale in the CoreValve and Sapien TAVR trials and helped lead to excellent outcomes in high-risk patients.

Feature | Hybrid OR | February 15, 2017 | Dave Fornell
How to Build an Integrated Heart Team
In the current era of healthcare reform and the push toward evidence-based medicine to both lower costs and improve p
read more 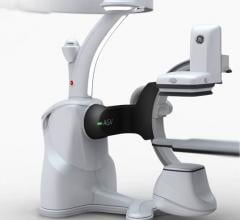 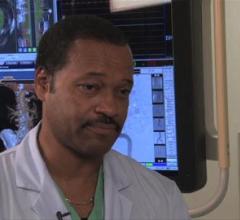 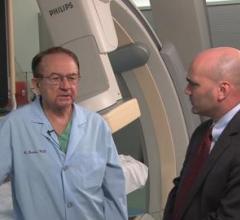 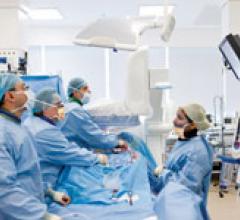 Dr. Krassi Ivancev and staff in the University College London Hospitals in the United Kingdom perform a hybrid procedure in their GE-installed hybrid OR.

Feature | Hybrid OR | September 21, 2011 | Dave Fornell
How to Plan for a Hybrid OR
One of the biggest trends is the creation of hybrid operating rooms (ORs) that bring together the best of both surgical...
read more

Dave Fornell, DAIC Editor
A Glimpse Into the Future of Cardiac Ultrasound