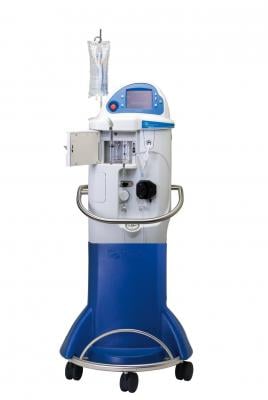 SSO2 Therapy delivers hyperbaric levels of oxygen directly to the ischemic heart muscle immediately after the coronary artery has been successfully opened by PCI (angioplasty and stenting). It is indicated for patients who suffer the most serious kind of heart attacks, left anterior descending ST-elevation myocardial infarction (LAD STEMI) – also known as the widowmaker – treated within six hours of symptom onset. SSO2 Therapy is adjunctively administered immediately following successful stent placement, with no delay in PCI treatment.

“Even after angioplasty with stenting, many heart attack patients suffer from irreversible damage to the heart muscle, which carries a poor prognosis in terms of mortality and the potential for future heart failure,” said Gregg W. Stone, M.D., professor of medicine, Columbia University Medical Center. “SuperSaturated Oxygen is the only therapy shown in a pivotal randomized trial to reduce infarct size in patients with large anterior myocardial infarction, offering the potential to further improve outcomes in these high-risk patients despite successful primary angioplasty.”

According to the American Heart Association, every year approximately 750,000 people in the U.S. have heart attacks. Although PCI has been the standard of care in treating acute myocardial infarction (AMI) for 25 years, many patients do not achieve maximum clinical benefit and suffer from reduced heart function. More than 30 percent of severe AMI patients develop heart failure3 and of those, 50 percent will die within five years.4