The latest clinical study presented at TCT 2016 showed there was no advantage to bioresorbable vs. durable polymer DES 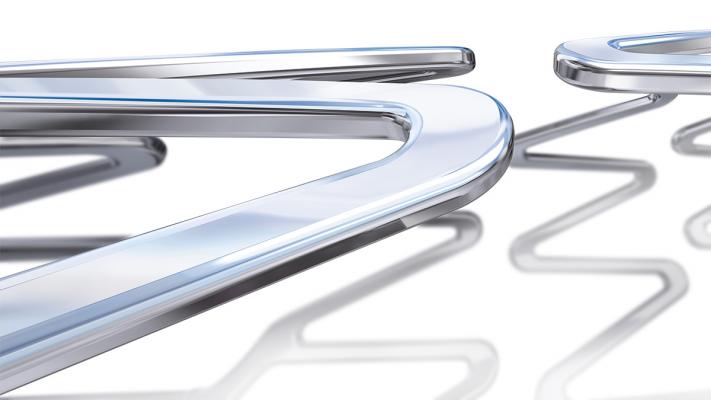 The Synergy stent is the first FDA cleared drug-eluting stent to use a bioresorbable polymer drug carrier. When the polymer dissolves after about four months, the devices become a bare metal stent. The technology is supposed to reduce the rate of late stent thrombosis due to vessel inflammation caused by durable polymers.

One of the big advancements in drug-eluting stent (DES) technology has been the development of bioresorbable polymers that disappear and leave behind a bare metal stent. This engineering was created to solve ongoing issues in some patients whose vessels do not tolerate the antiproliferative drug-carrying polymers well, resulting in chronic inflammation. This can lead to late-stent thrombosis and is the basis for requiring long-term dual-antiplatelet therapy (DAPT).

There were three trials (BIO-RESORT, TRANSFORM-OCT and PRISON IV) presented at Transcatheter Cardiovascular Therapeutics (TCT) 2016 that compared traditional durable polymer metallic stents with newer bioresorbable polymer metallic stents. Instead of showing improved patient outcomes as many expected, the studies suggested bioresorbable polymers are about equal in performance. Details of the trials are in a subhead section below.

The trials compared both the bioresorbable polymer Biosensor Orsiro and the Boston Scientific Synergy stents to the durable polymer Medtronic Endeavor, Resolute Integrity and Abbott Xience V stents. Synergy was expected to show better performance than the data show.

“The trials here all have really short time frames,” said Craig Thompson, M.D., senior vice president and chief medical officer, interventional cardiology, at Boston Scientific. “The real question is what does this mean for patients years down the road.”

Thompson said the purpose of using bioresorbable polymers is to reduce the late adverse event rate. The idea is to reduce the long-term vessel inflammation caused by the durable polymer, which can lead to late-stent thrombosis months or even years after stent implantation.

“The goal is to reduce inflammation in the stents,” Thompson said. “We want to eliminate late safety events, not just for months, but for years after the stent implantation.”

He said more long-term followup data is needed before a verdict can be made on bioresorbable polymers. With more than 18,000 patients enrolled in Synergy studies, he said long-term followup should show if there is any signal toward improvements in outcomes over time.

In the TRANSFORM-OCT trial, optical coherence tomography (OCT) review of stented lesions found comparable neointimal stent coverage between durable and bioresorbable polymer stents. “One thing that we have seen in intravascular imaging studies is that neointimal coverage can be good or bad,” Thompson said. He explained neointimal cell coverage of stent struts can be unhealthy if it is in a state of constant inflammation, which can lead to restenosis or stent thrombosis months or years after implantation.

“With the Synergy, you definitely have a better healing environment with these stents than with durable polymer,” Thompson explained. However, more data will be needed to show if there really are any long-term benefits on bioresorbable polymers.

Here are data summaries for the three studies presented at TCT 2016:

The primary composite endpoint of target vessel failure at one-year showed no statistically significant difference in outcomes for the Resolute Integrity treated group (N=1,173) at 5.4 percent compared to 4.7 percent with the Synergy (N=1,172) arm and 4.7 percent with the Orsiro (N=1,169). The one-year outcomes also found no statistically significant difference in stent thrombosis between Resolute Integrity and bioresorbable polymer groups (difference of 0.1 percent; p=0.77).

“In patients with coronary artery disease treated with durable polymer-coated drug-eluting stents, the life-long presence of the polymer may delay arterial healing and even cause adverse clinical events,” Clemens von Birgelen, M.D., Ph.D., co-director of the Department of Cardiology at Thoraxcentrum Twente, professor of cardiology at University of Twente in the Netherlands, principal investigator of the trial and presenter of the data at TCT. “Biodegradable polymer stents might improve long-term outcomes, but studies with early biodegradable polymer stents that had thick stainless steel struts (120 µm) showed equivocal results. However, very thin-strut (60–81µm) biodegradable polymer stents that have flexible designs and thin, refined coatings are now available.”

The BIO-RESORT study was supported by Boston Scientific, Biotronik and Medtronic.

“In this head-to-head in-vivo comparison of early and late healing response, the bioresorbable abluminal polymer Synergy everolimus-eluting stent was non-inferior at three-month and similar at 18-month follow-up to the durable conformal polymer Resolute zotarolimus-eluting stent,” said Giulio Guagliumi, M.D., with Ospedale Giovanni XXIII in Bergamo, Italy, who presented the data at TCT. “TRANSFORM-OCT adds a novel mechanistic dimension to the assessment of new-generation drug-eluting stents, consolidating the understanding that well designed and biocompatible polymers, regardless of whether they are durable or biodegradable, may favorably impact the long-term vascular response of these stents.”

The study had unrestricted financial support provided by Boston Scientific.

PRISON IV — Results from this randomized, multicenter trial failed to show non-inferiority of the Biotronik Orsiro stent, a hybrid, ultra-thin strut sirolimus-eluting stent with a biodegradable polymer, compared to the Abbott Xience stent with a durable polymer. The Orsiro was not able to match the Xience in terms of in-segment late lumen loss in successfully treated coronary chronic total occlusions (CTOs). In addition, although the rate of binary restenosis was low overall in this complex lesion subset, it was higher with the Orsirio arm compared with the Xience.

Between February 2012 and June 2015, a total of 330 consecutive patients with successfully recanalized native total or CTOs were randomized to the Orsiro or Xience in two Belgian and six Dutch high-volume PCI centers. Follow-up angiography was performed at nine months after the procedure. In addition, clinical follow-up was obtained during the hospital stay and at one, six, nine and 12 months.

The risk due to possible late thrombosis events from durable polymers is a big reason for the long or permanent duration of DAPT. However, patient compliance with taking medication each day varies greatly by patient. Some patients also face increased bleeding risks from being on antiplatelet medications. For these reasons, physicians often want to take patients off DAPT. Thompson said the need for long-term DAPT is one of the trade-offs with durable polymer DES.

“You don’t want a trade-off,” Thompson said. “What a physician needs is flexibility, and with Synergy you build in a choice of whether you want to keep the patient on long-term DAPT.”

Two ongoing trials, the DAPT Study and the European SENIOR Trial, are examining DAPT duration with the Synergy stent. Thompson said Boston Scientific is gathering data through trials like these to determine if DAPT duration can be reduced to between three to six months.

The EVOLVE Short DAPT Study is a prospective, multicenter, single-arm study designed to assess the safety of three-month DAPT in subjects at high risk for bleeding undergoing PCI with a Synergy stent. It is currently enrolling patients.